Marc Polmans joins fellow Australians John Millman and James Duckworth in the main draw at an ATP 250 tournament in Kazakhstan. 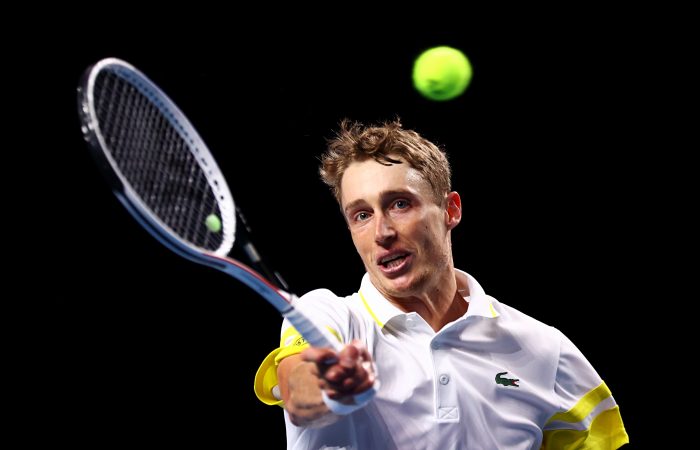 Australia’s Marc Polmans has qualified for an ATP 250 tournament in Nur-Sultan.

The 24-year-old secured his place in the main draw with a 6-4 6-2 victory against local hope Denis Yevseyev in the final qualifying round.

It is the second time Polmans has qualified at a tour-level event this season, matching his effort at Wimbledon where he went on to reach the second round.

The world No.165 faces Italian Lorenzo Musetti – a rising 19-year-old ranked No.57 – in the opening round.

While James Duckworth enters the tournament with brimming confidence, having just won an ATP Challenger title in Turkey and rising to a career-high ranking at No.65.

Australian duo Luke Saville and John-Patrick Smith have lost their opening-round doubles match at an ATP 250 tournament in Metz.

Alexei Popyrin was set to compete at the indoor hard court event, but has withdrawn with a toe injury. This leaves Alex de Minaur, who receives a first-round bye as the No.4 seed, as the sole Australian representative in the singles draw.