The resurgent runs of James Duckworth and Bernard Tomic at Australian Open 2021 have both ended in second-round singles losses today. 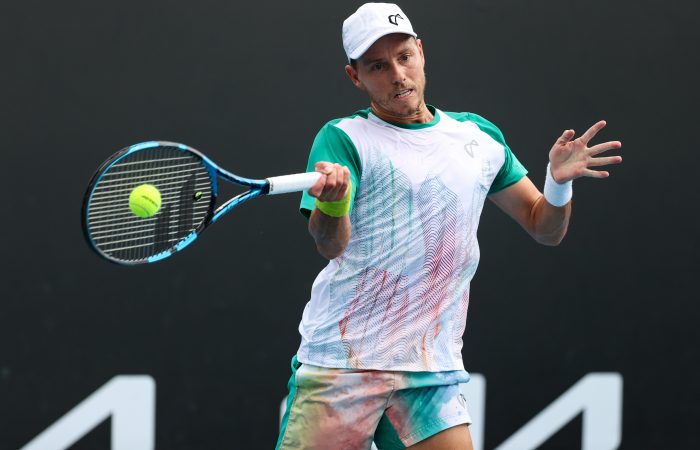 Canadians Denis Shapovalov and Felix Auger-Aliassime proved why they are considered two of the sport’s brightest young stars with impressive victories today at Australian Open 2021.

Unfortunately, these wins came at the expense of Australia’s Bernard Tomic and James Duckworth.

The 21-year-old Canadian blitzed through the opening set in 23 minutes, but was forced to work harder early in the second.

The first three games of the second set lasted 36 minutes, with the Australian qualifier testing the No.11 seed. However, Shapovalov’s powerful game was proving too much for the world No.233 to handle.

Shapovalov, who finished with 37 winners to Tomic’s 18, served out victory after one hour and 47 minutes.

“He played unbelievable. It was a joke. So for him, full credit,” Tomic conceded. “I tried to get some rhythm, but I just felt pretty bad the whole match.”

After returning from a 10-month break to reach the second round as a qualifier, Tomic is proud of his efforts.

“Winning four matches at a Grand Slam is almost too good to be true for me at this stage,” said the 28-year-old, relating how he barely touched a racquet for eight months during last year’s COVID-19 pandemic.

The world No.19 fired 20 aces and hit 38 winners, dictating the match against the 29-year-old Australian.

Despite the loss, there are silver linings for Duckworth. The world No.105, who snapped an eight-match losing streak in Grand Slam matches this week and reached the second round at the Australian Open for the first time since 2015, is projected to return to the top 100.

Nick Kyrgios was the only Australian singles winner today – and did it in an epic way. The world No.47 saved two match points to win a five-set battle against No.29 seed Ugo Humbert.

The No.15 seeds next play Aussie wildcards Matthew Ebden and John-Patrick Smith, who scored a three-set win today against Uruguay’s Pablo Cuevas and Argentine Guido Pella. It is a second career Australian Open doubles win for the 33-year-old Ebden and a third for 31-year-old Smith.

Ash Barty teamed with American Jennifer Brady to advance to the second round in women’s doubles, proving too strong for Australian wildcards Ivana Popovic and Abbie Myers.

Sam Stosur and China’s Zhang Shuai won’t be joining them, with the No.10 seeds and Australian Open 2019 champions losing their opening-round match today to Brit Heather Watson and Canada’s Leylah Fernandez.