There is much to celebrate as nine Aussie players, who have all shown commendable resilience to earn their places, begin their Australian Open 2021 campaigns today. 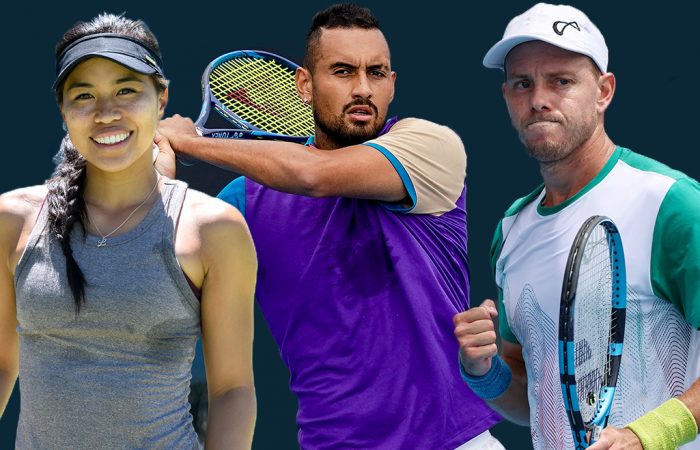 The road to Australian Open 2021 has come with many unprecedented challenges, as the nine Australians competing today can attest.

Border closures between Queensland and Victoria meant John Millman and James Duckworth were delayed in arriving to Melbourne, even having to detour via Canberra to be granted entry into the state.

Bernard Tomic travelled to Doha last month to compete in Australian Open qualifying, which was held offshore for the first time in tournament history due to government-imposed restrictions. The 28-year-old won three matches to earn his spot in the draw, then had to complete a mandatory two-week hotel quarantine on arrival back into Australia.

Meanwhile, Nick Kyrgios is contesting only his second tournament in 11 months after choosing not to travel internationally due to the global COVID-19 pandemic.

“We’re just lucky to even be playing at the moment,” notes the world No.47.

There’s been personal struggles too. Kimberly Birrell is returning from 20 months sidelined with an elbow injury, while Lizette Cabrera is hoping to make her late father proud after he lost a cancer battle in 2020.

“I’ve learnt never to take anything for granted – whether that’s on or off the court,” world No.140 Cabrera says of her most important lessons from the past year.

“I want to really value every opportunity that I have, just because you never know what can happen.”

As Australian Open 2021 begins, these experiences remind us this is more than a celebration of tennis. The event is a showcase of resilience, courage and determination – all admirable qualities that the world’s best players demonstrate as they chase their dreams.

Each Australian player has their own unique story and challenges they have overcome to be on court today. Their perseverance provides power to inspire other Australians to pick up a racquet and enjoy a sport they can play for life too, which is a privilege they don’t take lightly.

“I hope a lot of people can look to me as someone who has been pretty resilient over the years,” world No.105 Duckworth says. “I’ve gone through eight surgeries, so I hope that can inspire people to never give up. Because if you can get through those tough times, you appreciate the good times a little bit more.”