The countdown to Australian Open 2021 continues and Aussie Lizette Cabrera is determined to make the most of her main draw singles wildcard. 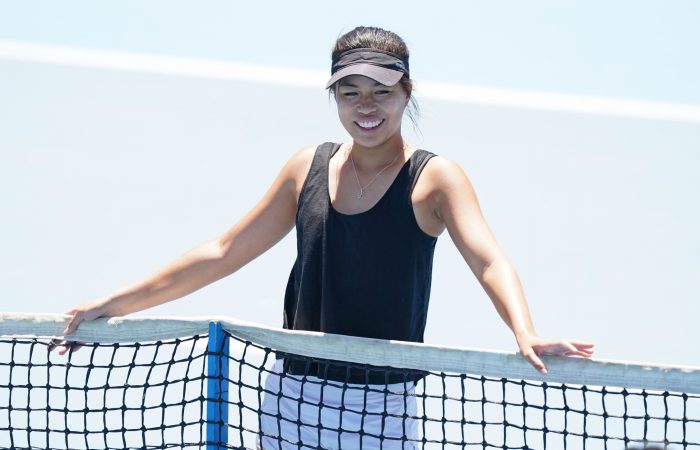 Motivation is high for Lizette Cabrera as she prepares for the 2021 season – and she’s armed with new perspective too.

The 23-year-old from Townsville rose to a career-high ranking of No.119 last February, shortly after defeating two top 65-ranked opponents to advance to the Hobart International quarterfinals.

But away from the court, Cabrera was dealing with emotional challenges that extended beyond the COVID-19 pandemic and the interruptions that caused to professional tennis.

Her childhood coach, Wayne Hannah, passed away unexpectedly in July. A few months later, her father, Ronnie, lost a battle with cancer.

“Losing my dad was a really big shock for me,” Cabrera told tennis.com.au.

“It was a really difficult period, but I had a lot of good people around me. If there’s anything I can learn from it, it’s that you should always make sure you surround yourself with the right people who care for you and can get you through tough moments like that.”

Cabrera, who started playing tennis at age four with her father’s encouragement, described him as her biggest inspiration.

“I wouldn’t be where I am today without him,” she said.

Making her late father proud provides added incentive as Cabrera prepares for this year’s Australian Open, which begins on 8 February.

The world No.140 is set to make her fourth main draw appearance at Melbourne Park, thanks to a wildcard.

“I’m so excited,” Cabrera said. “It was a couple of days before my birthday (in December) when I found out about the wildcard, so it was an awesome birthday present.”

The Queensland-based Cabrera is now in Melbourne preparing for the season’s first Grand Slam tournament.

With Melbourne Park currently off limits due to strict quarantine rules for international players using the facilities, Cabrera is among a group of Australian players training at Melbourne’s Xavier College. Yesterday, she hit with world No.1 Ash Barty.

“Being able to train with all the Aussies in Melbourne has been awesome,” Cabrera said.

“There’s been a really nice atmosphere as we all get ready to play.”

Although the build-up to this year’s summer events has been different, Cabrera is simply thrilled to have the chance to compete again.

“I’m hoping I can get inside the top 100 this year, but I’m just taking it tournament by tournament with everything that’s going on,” she said of her 2021 goals.

“In all the tournaments in Australia, I’m hoping to go deep and win as many rounds as I can.”

It’s a mature approach and one that stems from her 2020 experiences.

“I’ve learnt never to take anything for granted – whether that’s on or off the court,” Cabrera said.

“I want to really value every opportunity that I have, just because you never know what can happen.”