Alexei Popyrin and John Millman will play at this week's ATP hard court event in Winston Salem ahead of next week's US Open, while 16 Aussies will contest qualifying at Flushing Meadows. 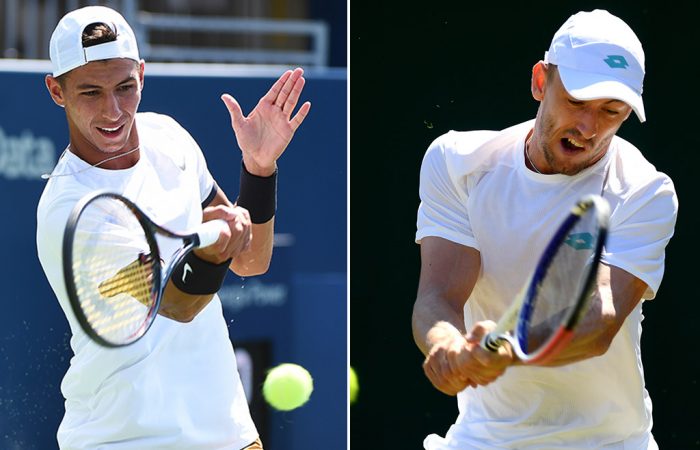 Alexei Popyrin and John Millman will this week out the finishing touches on their US Open preparation when they play the ATP 250 event in Winston-Salem, North Carolina.

Popyrin opens his campaign against Brazil’s Thiego Monteiro, with the winner to face 13th seed Miomir Kecmanovic in the second round.

Millman is the 12th seed and, following a first-round bye, will play the winner of the match between Marco Cecchinato and Alexander Bublik.

At the WTA’s inaugural Bronx Open, Ajla Tomljanovic withdrew from the main draw due to an abdominal strain.

In qualifying, Astra Sharma won her opening match over Aliona Bolsova before falling in three sets to Victoria Golubic, while Belinda Woolcock beat Nika Kukharchuk but fell in the second round to No.1 seed Jil Teichmann.

Sam Stosur lost in the first round of qualifying to eighth seed Pauline Parmentier, but won her opening-round doubles match with Zhang Shuai in straight sets.

Sixteen Australians will feature in the men’s and women’s qualifying draws at Flushing Meadows, with 10 taking to the court on Monday in New York.

James Duckworth and Alex Bolt — seeded No.25 and No.28 respectively — are the highest-ranked of our men’s entrants, with the others being Marc Polmans, John-Patrick Smith, Andrew Harris, Akira Santillan and Max Purcell.