Arina Rodionova and Destanee Aiava are seeded to meet in the final of the women's Australian Open Play-off while in the men's event, Omar Jasika will look to go back-to-back at Melbourne Park. 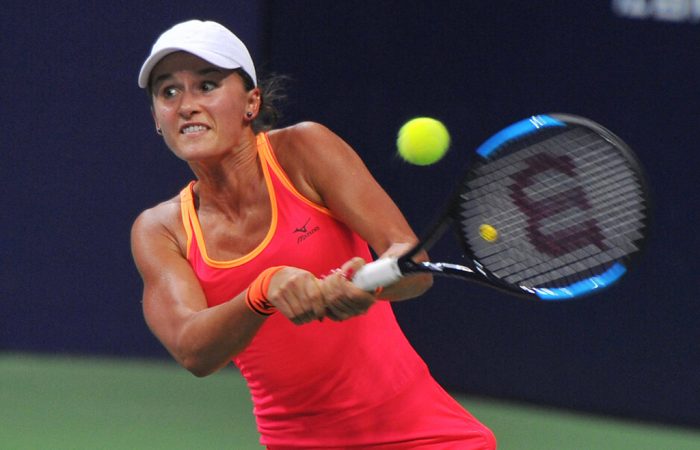 Arina Rodionova and Destanee Aiava are the top two seeds in the women’s draw of the Australian Open Play-off and are on course for a tantalising final.

Rodionova, who at world No.120 is the highest-ranked player contesting either the men’s or women’s Play-off events at Melbourne Park, opens against Sara Tomic.

Aiava, looking to rebound from her narrow loss to Jaimee Fourlis in Saturday’s 18/u girls’ final, will get another shot at an Australian Open wildcard beginning Monday. Her first-round opponent is Masa Jovanovic.

In the men’s event, last year’s winner Omar Jasika begins a quest for a second consecutive Australian Open wildcard when he tackles fellow Victorian Matthew Dellavedova in the first round.

The draw is headed by No.1 seed Alex Bolt, while No.2 seed Alex De Minaur has been placed at the bottom of the draw and kicks off his campaign against Harry Bouchier.

Bolt begins against 18/u finalist Benard Nkomba, while the 18/u champion, Alexander Crnokrak, has drawn seventh seed Bradley Mousley. The winner of those two matches will clash in the quarterfinals.

The men’s draw was subject to a reshuffle after it was conducted on Sunday at Melbourne Park; the withdrawal of fourth seed Dayne Kelly meant Christopher O’Connell was moved into his slot in the draw, as the No.9 seed.

O’Connell is seeded to meet Jasika in the last eight.

Another player looming as a threat in the men’s field is Andrew Whittington, the third seed from Victoria who recently advanced to the ATP Challenger final in Hua Hin, Thailand.

A great first-round match is the one between eighth seed Marc Polmans and Luke Saville, a former world No.152.

Similarly, the women’s draw is dotted with impressive talents who could make life difficult for Rodionova and Aiava.

One is Arina’s sister Anastasia, the former world No.62 who is seeded seventh in the Play-off draw. She faces Alexandra Bozovic in the first round, and is seeded to meet Kimberly Birrell in the quarterfinals, should the No.4 seed get past Maddison Inglis in round one.

Inglis was the AO Play-off champion two years ago.

Tammi Patterson, the third seed, has drawn Michaela Haet in the first round, and could face No.5 seed Naiktha Bains in the last eight; Bains must first overcome Belinda Woolcock in her first match.

Rounding out the top-eight seeds are Zoe Hives (No.6) and Olivia Tjandramulia (No.8).

Ellen Perez and Jessica Moore withdrew from the entry list, while Fourlis is skipping the Play-off after clinching an Australian Open main-draw wildcard with her 18/u victory.

Follow the Australian Open Play-off via our live streaming plus check out the schedule and draws.