Crnokrak victorious in 18/u boys’ final

Queenslander Alexander Crnokrak has defeated Benard Nkomba in three sets to be crowned the boys' 18/u Australian champion at Melbourne Park on Saturday. 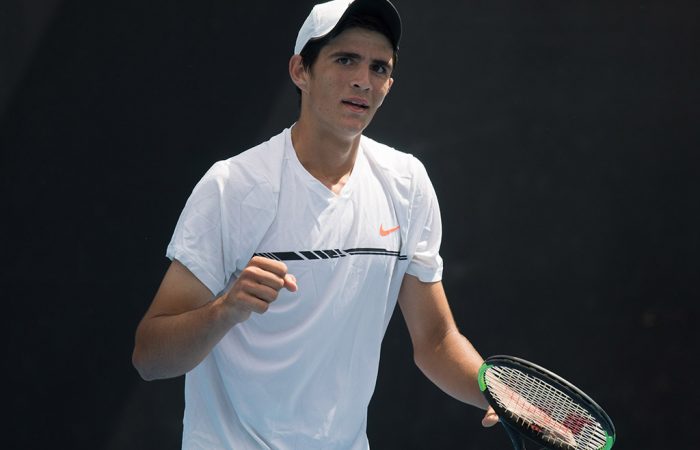 Alexander Crnokrak has won the biggest title of the year after taking out the 18/u Australian Championships trophy at Melbourne Park.

The Queenslander beat New South Wales’ Benard Nkomba in a topsy-turvy affair, completing the 6-2 4-6 6-1 victory after a Nkomba error.

In addition to the national title, Crnokrak, 17, will receive a wildcard into the main draw of the Canberra ATP Challenger event, beginning 8 January.

“I’ve never played a Challenger, so that’s a new experience as well, so just excited to go there and have a crack,” he said.

“I just fought hard today. I knew it was going to be tough so I just had to fight every point and I sort of focused more on what I could do, and it worked well today.

“I played really well the last few matches and beat a tough player in the final so it’s very exciting.”

That tough player, Nkomba, had beaten Crnokrak earlier in the week in the round-robin stages of the 18/u event.

But on Saturday, following an epic three-hour girls’ final between Jaimee Fourlis and Destanee Aiava, Crnokrak began the final like a player with somewhere else to be, racing through the opening set for the loss of just two games thanks to two service breaks.

Nkomba wrested control of the second set with an immediate break and clung to his advantage throughout, and despite his small stature used a powerful serve and heavy forehand to good effect.

Soon the final was poised at a set all, yet Crnokrak quickly snuffed out Nkomba’s hopes when he came through a tense fourth game to break the New South Welshman’s serve for a 4-0 lead.

It quickly became 5-0 when he cruised through his next service game.

“I just left the second set behind and started afresh. Not really (easy to do) but that’s what I tried to do and it worked well today,” Crnokrak said.

“I was serving well the whole match so I knew I just had to serve well the one game and it would be done. Just backed myself.”

Nkomba got on the board in the sixth game and proved a gritty foe; cutting down his unforced errors while remaining aggressive, he gave away few cheap points and forced Crnokrak to go out after the win.

The Queenslander did just that, slotting a backhand winner up the line to reach match point and continuing to hit out boldly on the final point.

The reward for his victory? 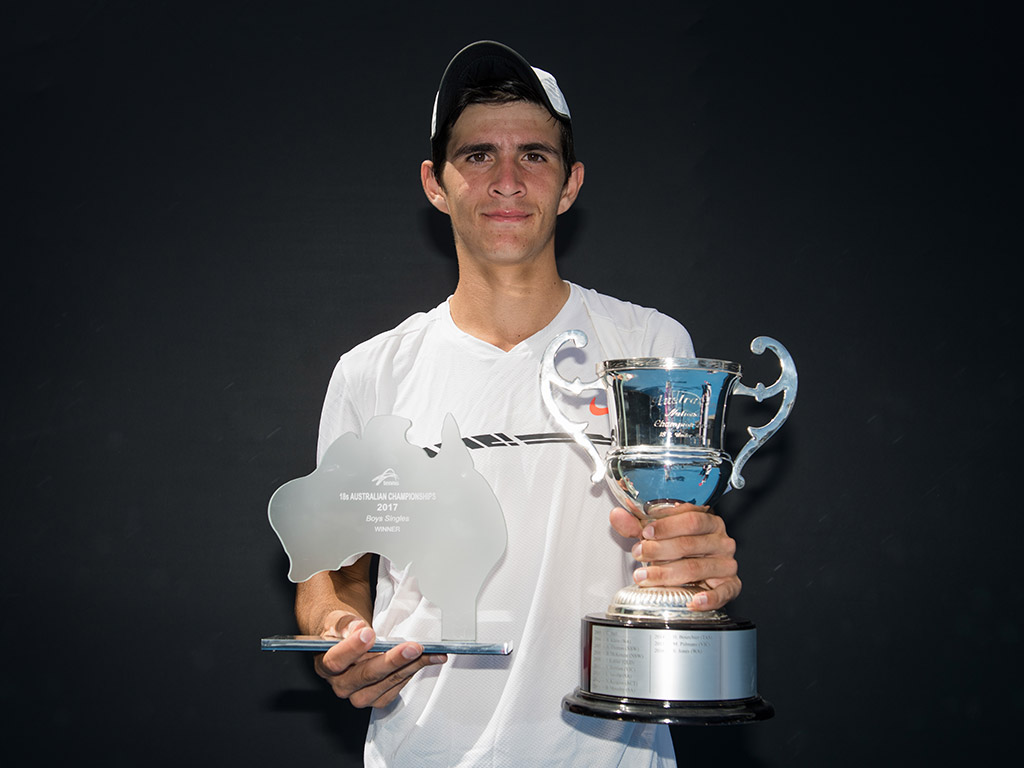