The Australian Open 2021 doubles fields are set and there are 11 Australian players who have received direct acceptance. 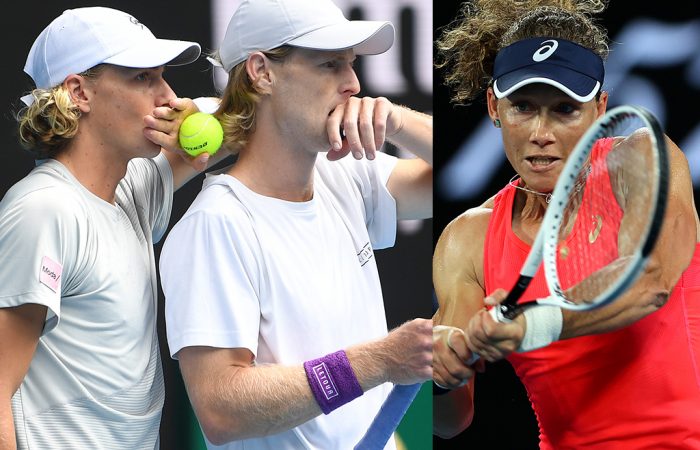 John Peers, Australia’s top-ranked man in doubles at world No.28, is continuing his partnership with New Zealand’s Michael Venus. The duo won a tour-leading three ATP titles in 2020 and qualified for the season-ending ATP Finals.

Max Purcell and Luke Saville, who reached the Australian Open 2020 final as a wildcard pairing, will attempt to go one better in 2021. After their breakout performance last summer, the duo have established themselves inside the world’s top 40 and are direct acceptances for the 2021 event.

Ash Barty, Australia’s top-ranked woman in doubles at world No.14, has a new partner in 2021. She is teaming with American Jennifer Brady, who has reached three Australian Open doubles quarterfinals in the past three years.

Sam Stosur is reuniting with China’s Zhang Shuai. The duo won the Australian Open 2019 doubles title and last played together at the WTA Finals in 2019.

Ajla Tomljanovic is partnering with American Alison Riske, while Arina Rodionova and Storm Sanders will team up. The all-Aussie duo won a WTA title in their most recent appearance together, in Hua Hin in February.

Wildcards for both the AO 2021 men’s and women’s doubles fields will be announced at a later date.