Australia will be well represented in the qualifying draws at Australian Open 2021, with 20 players set to compete. 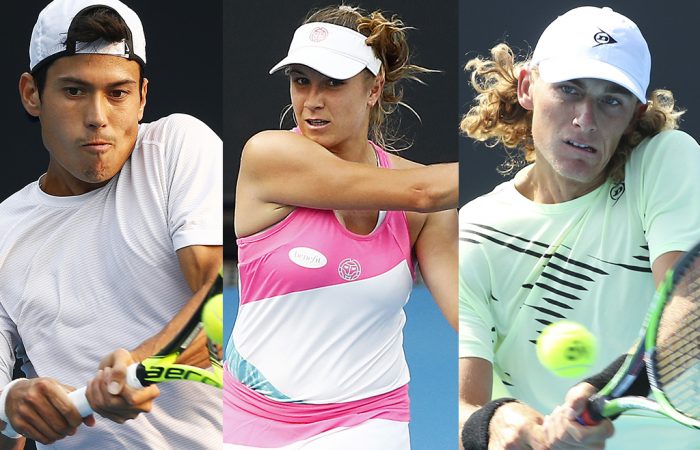 Former world No.17 Bernard Tomic, who is currently ranked No.226, is the top-ranked Australian man in the qualifying field. He is joined by former world No.39 Matthew Ebden, former world No.91 Jason Kubler and Max Purcell, an Australian Open 2020 men’s doubles finalist who is aiming to qualify for a second consecutive year.

The 22-year-old Purcell leads a host of promising young Aussie men in the field – including 19-year-old Rinky Hijikata, who defeated world No.102 Henri Laaksonen in Australian Open qualifying earlier this year and impressed at the UTR Pro Tennis Series in recent months.

Kimberly Birrell is set to make her competitive return from an elbow injury in the women’s qualifying event. The 22-year-old, who made the third round at AO 2019 as a wildcard, has used a protected ranking of No.158 to enter Australian Open qualifying. It marks her first professional tournament since Wimbledon 2019.

Ellen Perez and Storm Sanders, who both achieved career-high doubles rankings in 2020, will be hoping to carry their strong form onto the singles court, while 21-year-old Alexandra Bozovic has been rewarded with a wildcard for her consistent performances at the UTR Pro Tennis Series.

“Qualifying is always a great opportunity for our players to earn their place in the main draw, but it’s certainly a unique situation having to travel overseas to compete,” Tennis Australia Director of Performance Wally Masur said.

“It’s been an unusual year for all players, and the best results will come to players who can quickly adapt, and translate all of their hard work from pre-season and training into competitive match play.

“I’m expecting all of our Aussies to put their best foot forward for this opportunity, and I wish our players the best of luck competing in Dubai and Doha.”

The Australian Open men’s and women’s qualifying events are 128-player draws, with 16 qualifying places up for grabs in each. To secure an AO 2021 main draw position, players need to win three best-of-three matches.

Holding the Australian Open qualifying events offshore is a first for the tournament and is an innovative solution to government-imposed restrictions on the number of players allowed to enter Australia this summer.

“Staging the AO qualifying event, and providing players with the opportunity to both earn prize money and win the chance to play Grand Slam tennis during this difficult time has been a key objective in all our planning,” said Australian Open Tournament Director Craig Tiley.

Players who qualify, along with six alternates, will then travel to Australia and undertake mandatory quarantine with other main draw players ahead of the Grand Slam tournament.

Australian Open 2021 will be played at Melbourne Park from 8-21 February.