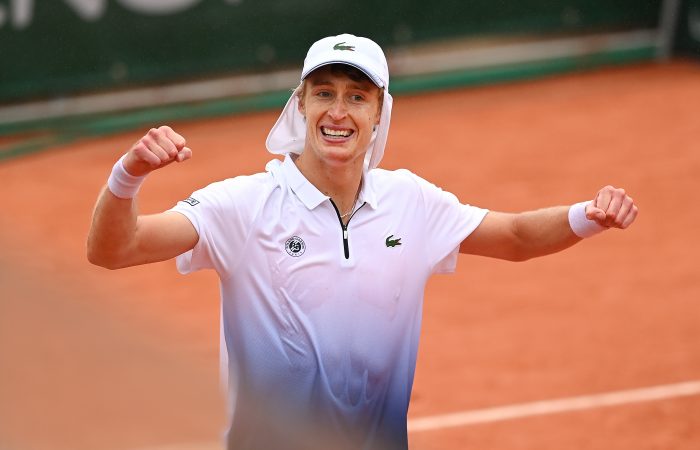 All eyes are on Paris this week, where the final Grand Slam tournament of the season is being played.

For the first time in 17 years, Sam Stosur isn’t there. The four-time Roland Garros semifinalist is enjoying maternity leave in Melbourne, where she’s getting a true fan experience of late nights in front of the television cheering on our Aussie players:

Let’s been plenty to celebrate too …

Marc Polmans scored the biggest win of his career, upsetting world No.38-ranked Frenchman Ugo Humbert in the first round:

Luke Saville and Max Purcell also got to play at Roland Garros for the first time:

Anyone else agree this should be @Daria_gav post match on court celebrations from now on? #Fromthetopmakeitdrop pic.twitter.com/vZKVr7UGhI

Daria Gavrilova did it in style too:

John Peers is in top form on the doubles court, scooping his 22nd career ATP title earlier this week:

Priscilla Hon is at home in Australia rehabbing a hip injury:

Nick Kyrgios suited up in Canberra:

Don’t forget, the court is calling! Join in the fun, hire a court today and take advantage of the many healthy benefits of tennis.