Roland Garros 2020 draw: Find out who the Aussies play

The final Grand Slam tournament for 2020 begins in Paris in Sunday, with nine Australians competing in the singles draws. 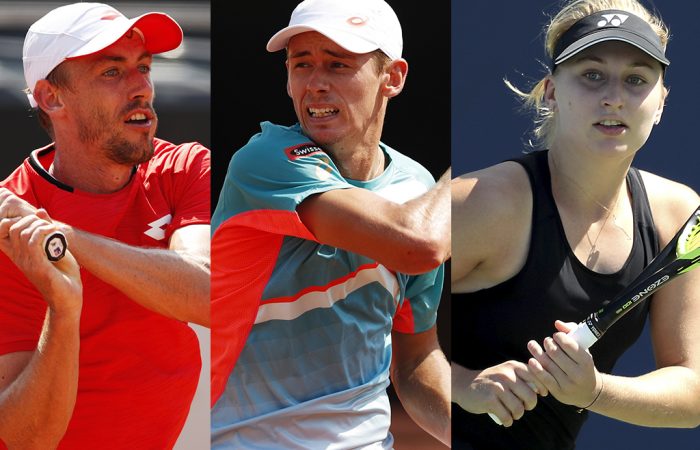 Alex de Minaur, Australia’s top-ranked man, begins his Roland Garros campaign against a qualifier. His opponent will be known after qualifiers are placed in the draw tomorrow.

Paris continues to prove a challenge for John Millman, with the 31-year-old drawing a seeded opponent in the opening round for a fifth consecutive year. The world No.43-ranked Millman faces No.17-seeded Spaniard Pablo Carreno Busta, who boasts a 2-1 win-loss record against the Australian.

Aleksandar Vukic will make his Grand Slam debut in Paris, earning his place in the draw through qualifying.

The draw has not been kind to the Australian women, with all three players facing seeded opponents in the opening round.

Tomljanovic, the top-ranked Australian woman in the draw, takes on Maria Sakkari in the first round. The No.20-seeded Greek player won their only previous career meeting, which was in 2017.

Gavrilova, who has entered the draw with a protected ranking of No.104 in her return from injury, faces big-hitting Ukrainian Dayana Yastremska.

World No.1 Ash Barty has chosen not to defend her title.