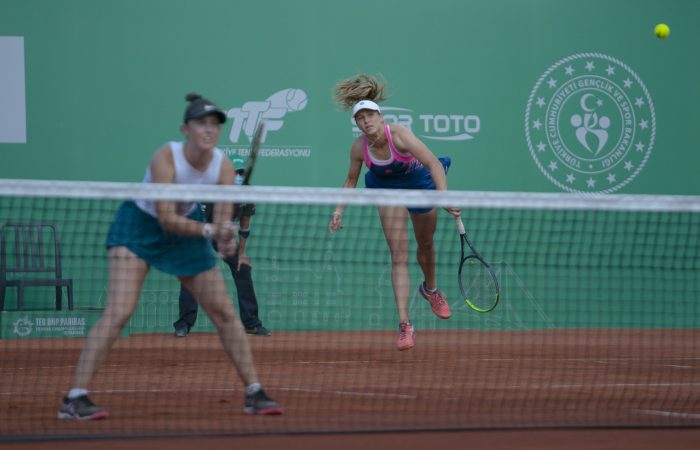 Ellen Perez and Storm Sanders are into their first WTA-level final as a team.

The left-handed duo advanced to the Istanbul championship match with a 7-5 6-3 win over Slovakian Anna Karolina Schmiedlova and Ukrainian Katarina Zavatska overnight.

This is Perez and Sanders’ sixth tour-level tournament together this season and improves their win-loss record to 9-5. They have made the quarterfinals or better in four of these appearances.

Perez and Sanders, who are yet to drop a set this week, now play top seeds Alexa Guarachi of Chile and American Desirae Krawczyk for the title.

The 24-year-old Perez is hoping to win her second WTA doubles title, while 26-year-old Sanders is targeting a third.

James Duckworth was leading 7-6(2) 4-0 when his No.86-ranked Japanese opponent Yasutaka Uchiyama retired. It marks a first tour-level win for the 28-year-old Duckworth since February.