Ash Barty is likely to face the strongest of opposition if she hopes to produce her best career performance at Wimbledon. 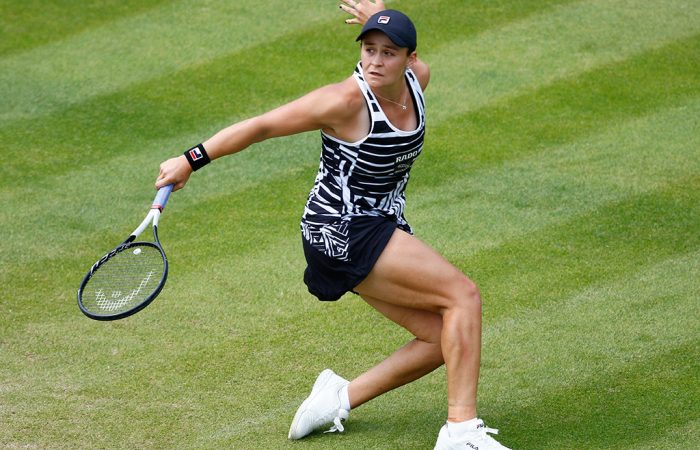 Should she get past the world No.43 on Tuesday, her potential path to glory at the All England Club is full of big names and grasscourt experts as she looks to extend her 12-match winning streak.

It’s a similar story for the rest of Australia’s women, with four of the five outside of Barty drawing seeds as their first-round opponents.

Only Arina Rodionova, who qualified on Thursday, has drawn an unseeded opponent; she takes on American lefty Taylor Townsend in round one after three impressive wins at Roehampton this week.

If the seedings hold, she would take on 2017 Wimbledon champion and former world No.1 Garbina Muguruza, who is seeded 26th this year.

Should Barty reach the second week, it would mark the first time in her career she has done so; her best singles result at SW19 was a third-round finish last year. A pair of grasscourt guns in Belinda Bencic or Donna Vekic – seeded No.13 and No.22 respectively – may await her in the fourth round. Barty beat Vekic in the opening round in Birmingham last week.

RELATED: Barty confident she will be fit for Wimbledon

Moving forward, Barty could take on either defending champion Angelique Kerber or seven-time Wimbledon winner Serena Williams in the quarterfinals.

Kerber and Williams, both multiple major champions, are projected to meet in a blockbuster fourth-round encounter in what would be a rematch of the 2016 and 2018 Wimbledon finals.

If she continues her progress, Barty’s semifinal opponent could be either No.4 seed Kiki Bertens or two-time Wimbledon champion Petra Kvitova, the sixth seed who comes into the tournament under a significant injury cloud.

And that’s just in the top half.