Social media allows access to a player like never before. Our social media investigator, Joel Smith, digs up the best of Australian players on social media this week. 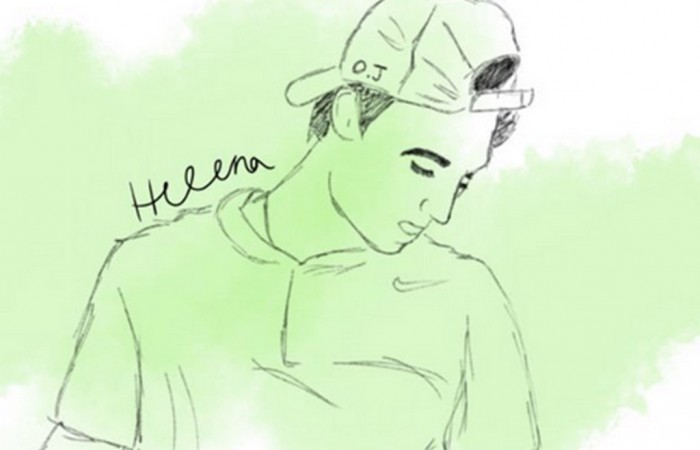 Twitter – it’s fast moving, a mountain of information and provides an opportunity to pay tribute to young-gun Thanasi Kokkinakis’s hair.

Check out the pic here!

It also provides a platform for the perfect #selfie, much to James Duckworth’s disgust.

Just took my first ever selfie….I'm off to wrestle a lion to redeem myself

However, to Duck’s credit he swallowed his pride to participate in our latest #TrainItForward campaign. This is what happened when we asked our players to take a photo of themselves training in a significant location and then tagging in a fellow player prompting them to do the same. Feel free to join the #TrainItForward movement.

If you’re Omar Jasika though, why take a selfie when you can get someone to draw you?

… while Matt Reid was honoured to team up with him for doubles in Houston.

Lucky enough to be able to team up with my childhood hero @lleytonhewitt.. Thanks to @mensclaycourt for the WC pic.twitter.com/NftvBxqJcN

Back on home soil, Marc Polmans racked up the wins on the Australian Pro Tour …

… while JP Smith felt like he had made his reality TV Show debut in Le Gosier, France.

Played a lot of tournaments, but this is the only one that makes me feel I'm on an episode of Survivor @OJasika @JamesCluskey @bjornFrat

In other news, we learnt that Matthew Barton has bought himself an Australian beach hut and Daria Gavrilova’s father apparently plays ice hockey.

And finally, it wouldn’t be a “Social Serve” without an obligatory #selfie. This week’s winner – Samantha Stosur (@samstosur)

I don't recommend the baggage carousel for lying/ sleeping on… Unless it's the only option.… https://t.co/rReizfBWf5