A stellar line-up of current and past players, including Pat Rafter, has set the scene for an exciting season of the Asia-Pacific Tennis League (ATL) to begin on 8 November. Men’s and women’s teams across five conferences – New South Wales, Victoria, Queensland, South Australia and Western Australia – will battle for state pride, significant… 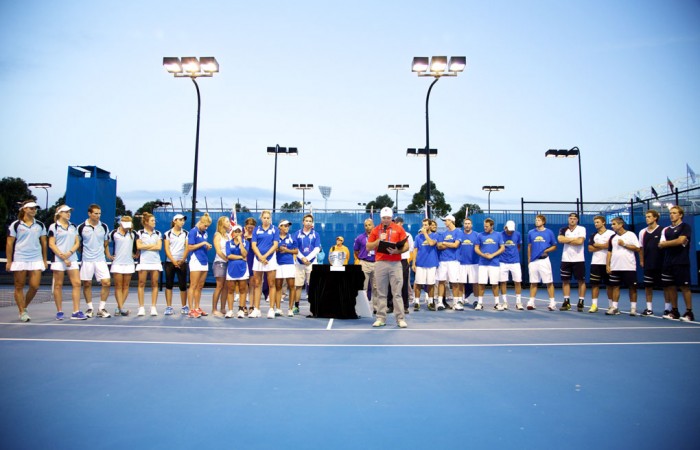 A stellar line-up of current and past players, including Pat Rafter, has set the scene for an exciting season of the Asia-Pacific Tennis League (ATL) to begin on 8 November.

Teams play each of the other sides within their conference, competing for a prize money pool of $20,000 at this stage of the competition.

On the men’s side, this looks set to be especially competitive in Queensland, where Rafter is expected to make his debut for the Sunshine Coast Breakers.

“Pat Rafter being listed in the Sunshine Coast Breakers team is a real coup for the ATL. Pat is one of Australia’s biggest supporters of team tennis, and his profile has brought a real buzz to the Queensland conference,” said Tennis Australia competitions development coordinator David Hearne.

“Pat is expected to play for the Breakers on Sunday 10 November when the ATL-Queensland conference heads to the Sunshine Coast.”

Although last year’s ATL champions Liston Seagulls are not returning in 2013-2014, the Victorian conference from which they emerged is another of the competition’s strongest.

The New South Wales conference contains one of the strongest teams in the competition in Sydney Sharks; the team list includes some of Australia’s top-ranked players including Matt Reid, Matthew Barton, Greg Jones, Adam Feeney and emerging youngster Mitchell Pritchard.

The Sharks will face stiff competition in the form of the Newington Wyverns – headed by former stars Wally Masur and Sandon Stolle – and Canberra Velocity, represented by exciting Aussie prospects Nick Kyrgios and Alex Bolt.

The Glenlea Gators (led by Wimbledon junior doubles champion Thanasi Kokkinakis) and the Broadview Tigers (headed by Australian Open junior doubles champ Bradley Mousley) are dangerous teams in the South Australia conference, while in Western Australia, four teams will battle for supremacy with an eye on the Play-offs.

“The level of competition [within the ATL]  is phenomenal, with some of Australia’s best up-and-coming players competing against each other in a different environment,” Hearne said.

“Rather than simply playing for themselves they are playing for their team, which is something that is rarely experienced by players at the top level outside of Davis and Fed Cup opportunities.”

That format clearly seemed to work last year for women’s champions the Flagstaff Freighters, and in 2013 they are back to defend their title, once again the team to beat in the South Australian conference.

Former world No.132 Jess Moore is an addition to an already-strong line-up which includes Viktorija Rajicic and Karolina Wlodarczak.

Should they progress to the play-offs, the Freighters would face extremely tough competition from teams in the other states.

In New South Wales, the Newington Wyverns appear the strongest on paper, with its line-up of current WTA doubles No.15 Casey Dellacqua and former world No.138 Monique Adamczak.

In Victoria, it’s the Kooyong Classics (headed by Sally Peers and excellent junior prospects Destanee Aiava and Ellen Perez) and the RSY Royals (led by Aussie No.4 Olivia Rogowska), while in Queensland, some of the country’s best juniors – Naiktha Bains, Priscilla Hon, Lizette Cabrera and Lyann Hoang – will represent the Shaw Park Sharks.

The ATL conference stage of the competition will play out from 8 November to 1 December 2013.