Australian Alex de Minaur has powered into the second round at an ATP 250 tournament at Eastbourne. 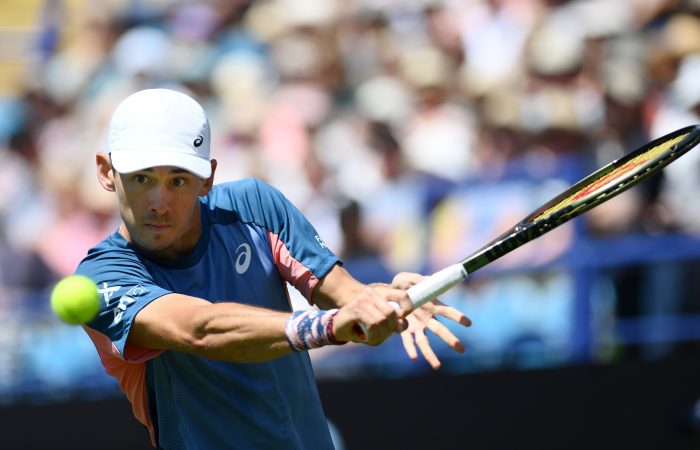 Defending champion Alex de Minaur has made a promising start at an ATP 250 tournament at Eastbourne this week.

The 23-year-old Australian survived a tricky first-round test against Chile’s Cristian Garin, scoring a 6-3 6-3 win against the former top 20 player.

De Minaur served six aces and saved five of the six break points he faced in the 81-minute clash.

Australian qualifier John Millman is also through to the second round after upsetting world No.46 Sebastian Korda in straight sets.

Tomljanovic posted a 6-0 4-6 6-3 victory to set-up a second-round showdown with world No.14 Jelena Ostapenko, who she beat during her career-best quarterfinal run at Wimbledon last year.