Popyrin powers into second round at Indian Wells

Australian Alexei Popyrin is through to the second round at an ATP Masters 1000 tournament in Indian Wells. 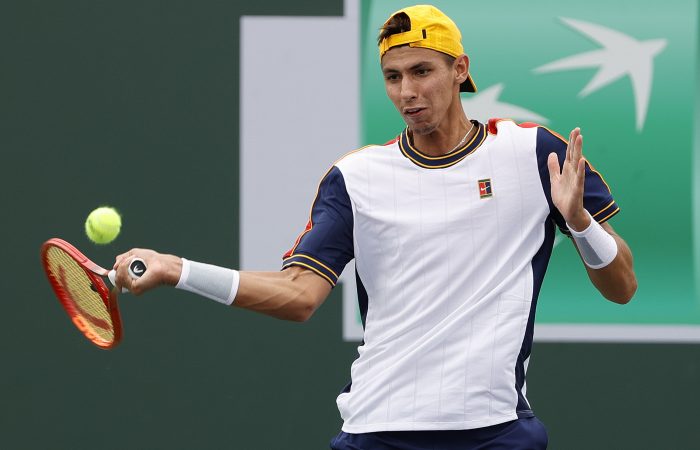 Alexei Popyrin has made a winning start at Indian Wells, defeating Serbia’s Miomir Kecmanovic in the opening round.

World No.71-ranked Popyrin fired five aces and made the most of his chances in the 88-minute battle, converting both break points he earned against the 22-year-old Kecmanovic.

Eighth seed Hubert Hurkacz awaits in the second round. It will be Popyrin’s first career meeting with the world No.12.

Unfortunately, James Duckworth’s tournament is over.

The 29-year-old Australian entered the tournament with brimming confidence, having won 15 of his past 20 matches. But American Mackenzie McDonald recorded a 6-3 6-3 victory in their first-round clash.

There was better news for Ajla Tomljanovic and qualifier Astra Sharma in women’s singles action.

The 26-year-old Sharma scored a 6-4 2-6 6-3 first-round win against former top-20 player Donna Vekic. It is the world No.102’s third consecutive victory in the Californian desert this week and is set to thrust Sharma back inside the world’s top 100 for the first time since October 2019.

Tomljanovic dropped only two games in her first-round win against American qualifier Usue Maitane Arconada. It sets up a second-round showdown with fifth seed and former world No.1 Garbine Muguruza.