In-form James Duckworth is through to the second round at an ATP 250 tournament in Bulgaria. 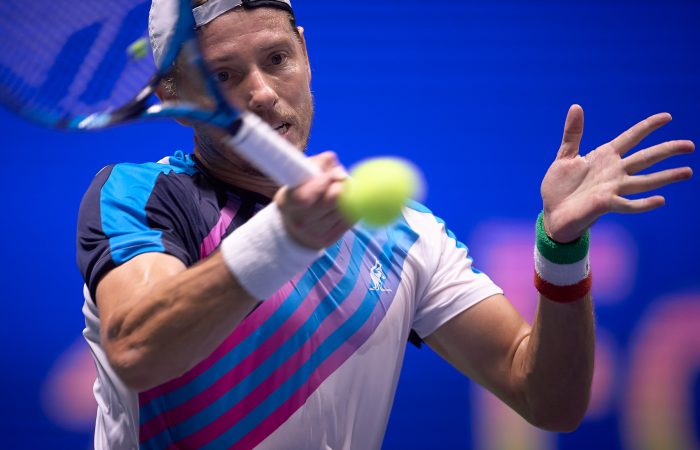 James Duckworth has continued his impressive form at an ATP 250 tournament in Sofia, scoring an opening-round win against Finland’s Emil Ruusuvuori.

The 29-year-old Australian, who is currently ranked at a career-high world No.56 after reaching his first ATP-level final last week, posted a 3-6 6-4 6-4 victory against the world No.89.

It is Duckworth’s 14th win from his past 18 matches and sees him join fellow Aussies Alex de Minaur and John Millman in the second round.

It propels the fourth-seeded duo into their third ATP-level quarterfinal as a team this season.

Maddison Inglis’ winning run is over at a WTA 500 tournament in Chicago – but the Australian qualifier tested world No.12 Belinda Bencic in their second-round match.

It is the first time 23-year-old Inglis has won a set against a top 20-ranked opponent.

World No.12 Hubert Hurkacz has halted the winning run of Australian qualifier Alex Bolt at an ATP 250 tournament in San Diego.

The fifth-seeded Hurkacz recorded a 7-6(2) 6-1 victory against the 28-year-old Bolt in first-round action today.

The 24-year-old from Poland dominated on serve in the 81-minute match, conceding 10 points in total across this service games.

Later in the day, John Peers and Slovak Filip Polasek saved multiple match points to defeat Hurkacz and Brazil’s Marcelo Melo in a tense first-round doubles clash. The No.3 seeds eventually closed out a 7-6(12) 4-6 [13-11] victory.