World No.48 John Millman has advanced to the second round at an ATP 250 tournament in Kazakhstan. 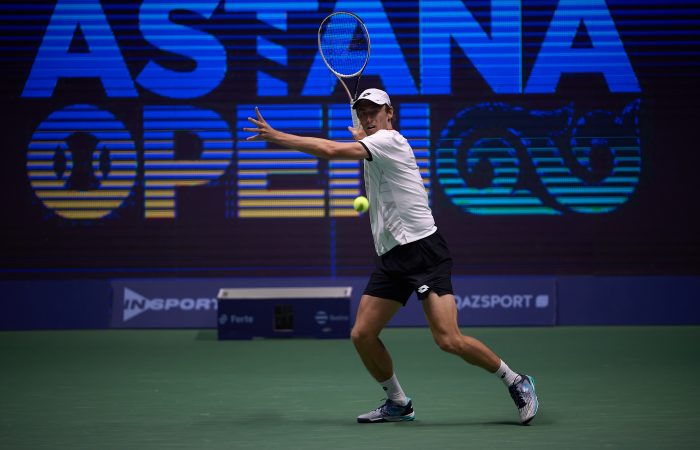 Australian John Millman has survived a test in the opening round of an ATP 250 tournament in Nur-Sultan.

“I am hoping I can build on that match,” Millman said. “It was a little bit scrappy from my end. Credit to my opponent, he came out having played a couple of matches in those conditions and was probably a little bit better from the start. Once I found my feet, I felt a little bit more comfortable.”

Millman recovered from an 0-2 deficit in the final set, then saved two break points in the ninth game to edge ahead 5-4. From there, the 32-year-old’s experience proved telling as he broke the world No.188 to love in the 10th game to seal the win.

In other matches, Italian Lorenzo Musetti snapped the winning run of Australian qualifier Marc Polmans. The world No.57 also had to fight hard to claim his 6-4 2-6 6-4 victory.

“He was really solid and he was not missing a ball, so it was not easy,” Musetti said of his 24-year-old Australian opponent.

While James Duckworth and Matthew Ebden were eliminated in the opening round of the doubles competition.

Alex de Minaur has lost his opening-round doubles match at an ATP 250 tournament in Metz.

De Minaur now turns his attention to the singles competition, where he is set to play American Marcos Giron in the second round.

Australian Astra Sharma and Dutch partner Rosalie Van Der Hoek have progressed to the quarterfinals at a WTA 500 tournament in Ostrava.

The duo scored a 7-5 7-5 victory against Russian Alena Fomina and Poland’s Katarzyna Kawa.

It is a fifth tour-level doubles quarterfinal of the season for world No.119 Sharma, who reached the Hamburg final alongside 26-year-old Van Der Hoek in July.