Ranking movers: Aussies on the rise after US Open

Several Australians have made significant ranking rises after strong performances at the US Open. 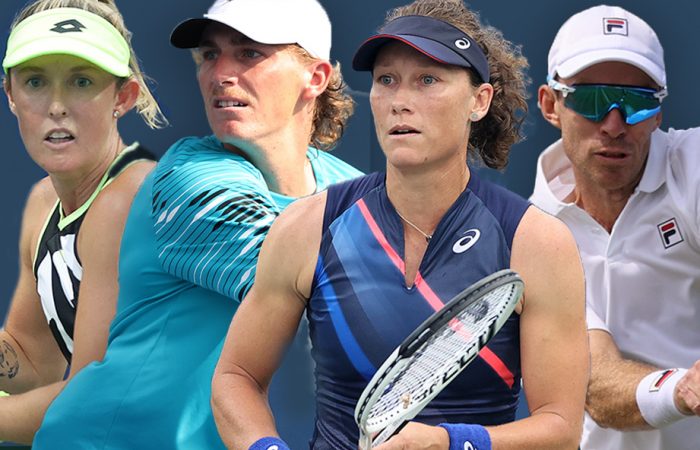 Ash Barty remains on top of the WTA Tour rankings, spending her 93rd week as world No.1.

Olivia Gadecki is the biggest mover this week, rising 68 places to a career-high No.257. The 19-year-old from Queensland has been enjoying a stellar season at ITF level, recently winning her second title of the year in Spain.

Storm Sanders is also at a new career-high after improving 10 spots to world No.123, while Seone Mendez makes her debut in the Australian top 10. The 22-year-old Mendez overtakes Ellen Perez, who slips 16 spots to world No.235.

Alexei Popyrin is now Australia’s No.3-ranked man, rising from fifth spot after his third-round run at the US Open.

Alex de Minaur has fallen outside the top 20 in the latest ATP Tour men’s singles rankings, but remains Australia’s No.1.

Rinky Hijikata is the biggest mover of the week, improving 102 spots to a career-high No.481. The 20-year-old has just won his third ITF title of the season in Switzerland.

Sam Stosur is once again the highest-ranked Australian in the WTA doubles rankings. The 37-year-old, who was last the Australian No.1 in January 2020, rises 34 places this week to world No.21 after capturing the US Open title.

Storm Sanders is at a career-high No.35 after her quarterfinal appearance in New York, while Arina Rodionova improves 14 spots to world No.63 after reaching the US Open third round.

Olivia Tjandramulia is at a new career-high too, improving 21 places to world No.198 after strong performances on the ITF Tour.

After his US Open semifinal run, John Peers improves two places to world No.23 in the latest ATP Tour doubles rankings.

Matt Ebden, who reached the US Open quarterfinals alongside Purcell, rises eight spots to world No.61. It is the 33-year-old’s highest ranking since June 2012.

John Millman is the biggest mover inside the Australian top 10, jumping 37 spots after reaching the US Open second round.

Dylan Alcott remains at world No.1 in singles in the ITF Wheelchair Tennis Tour rankings, however has slipped to No.3 in the latest doubles rankings. Niels Vinks of the Netherlands replaces Alcott as world No.1 in doubles.

Heath Davidson’s singles ranking remains steady at world No.7, while the 34-year-old Australian improves two places to world No.2 in doubles after reaching his first US Open final.