Tomljanovic knocked out at Roland Garros

Ajla Tomljanovic's singles campaign at Roland Garros has ended with a second-round loss to No.31 seed Anastasia Pavlyuchenkova. 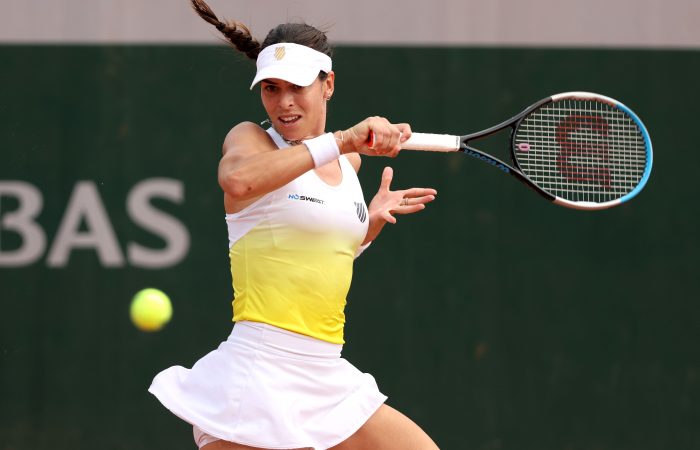 Five Australian players scored wins on day four at Roland Garros – but for Ajla Tomljanovic, her singles campaign ended with a straight-sets loss in the second round.

Russian Anastasia Pavlyuchenkova, the No.31 seed, proved too strong, recording a 6-2 6-3 victory against the No.2-ranked Australian woman.

Pavyluchenkova hit 20 winners to Tomljanovic’s 11 in the 88-minute victory, outplaying the 28-year-old Australian.

“She didn’t give me a lot of rhythm, so I never felt comfortable,” conceded Tomljanovic.

The result leaves Ash Barty and Astra Sharma as the last two Aussies in the women’s singles draw. They both play their second-round matches in Paris this evening (from 7pm AEST).

In a worrying sign, Barty has withdrawn from the doubles competition due to the hip injury that hampered in her opening-round win.

There was better news for Ellen Perez, with the 25-year-old Australian scoring her career-first Roland Garros doubles win. She teamed with China’s Zheng Saisai to record a 6-7(5) 6-4 6-3 victory against American duo Cori Gauff and Venus Williams in first round women’s doubles action.

Alex de Minaur and Matt Reid also had to save match points in their 3-6 7-6(11) 6-4 win against Argentine Federico Delbonis and India’s Divij Sharan. The all-Australian combination faced five match points in a tense second set tiebreak, but saved them all to advance to the second round in Paris for a second year in a row.