As Roland Garros action continues in Paris, 12 Australians take to the courts on day four in pursuit of Grand Slam glory. 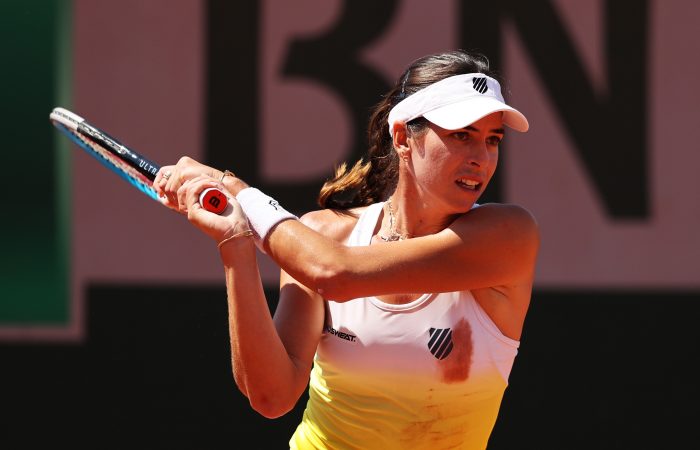 There are 12 Australians in action on day four at Roland Garros, including Ajla Tomljanovic who is looking to advance to her first major third round in seven years …

Ajla Tomljanovic (AUS) v [31] Anastasia Pavlyuchenkova (RUS)
Women’s singles, second round, Court 7, fourth match
World No.76 Tomljanovic has snapped a five-match losing streak in Paris and is through to the second round at Roland Garros for the first time since 2015. The 28-year-old Australian, who has impressively won 10 of her 15 matches on clay this season, faces a big test against world No.32 Pavlyuchenkova. The 29-year-old Russian is a former quarterfinalist at Roland Garros and aiming to advance to the third round for a sixth time.
Head-to-head record: Pavlyuchenkova leads 2-0
Last meeting: Pavlyuchenkova won 5-7 6-4 6-2 (Melbourne Summer Series, February 2021)

Max Purcell (AUS)/Luke Saville (AUS) v [WC] Gregoire Barrere (FRA)/Albano Olivetti (FRA)
Men’s doubles, first round, Court 4, first match (from 7pm AEST)
Aussie combination Purcell and Saville, aged 23 and 27 respectively, are younger than French opponents 27-year-old Barrere and 29-year-old Olivetti, but they do have an edge in experience at this level. Purcell, ranked No.46, and Saville, ranked No.35, made the Australian Open 2020 final and have established themselves among the world’s best teams on tour. Barrere is currently ranked No.169 in doubles and Olivetti is No.133.

> READ: Sharma powers into singles second round at Roland Garros

Arina Rodionova (AUS)/Lyudmyla Kichenok (UKR) v [16] Nadiia Kichenok (UKR)/Raluca Olaru (ROU)
Women’s doubles, first round, Court 3, second match
Rodionova is making her fifth appearance in a Roland Garros doubles draw. The 31-year-old from Melbourne is partnering Ukrainian Lyudmyla Kichenok, whose identical twin sister Nadiia will be on the other side of the net in their first-round match. The No.73-ranked Rodionova, who has a 2-4 career record in Roland Garros doubles matches, is teaming up with Kichenok for the first time since 2017.

Matt Ebden (AUS)/John-Patrick Smith (AUS) v Robin Haase (NED)/Jan-Lennard Struff (GER)
Men’s doubles, first round, Court 5, second match
Momentum continues to build for Aussie duo Ebden and Smith. They have made five tour-level quarterfinals together this season, including in a career-best run at the Australian Open. From outside the top 100 in January, 32-year-old Smith is now ranked No.71 and 33-year-old Ebden is at No.72. Their opening-round opponents are world No.39 Haase and world No.60 Struff, who are playing together at a Grand Slam for the first time.

[13] Ellen Perez (AUS)/Zheng Saisai (CHN) v Cori Gauff (USA)/Venus Williams (USA)
Women’s doubles, first round, Court 9, third match
World No.49 Perez is making her second appearance in a Roland Garros doubles draw and is seeded at a major for the first time. The 25-year-old is partnering China’s Zheng, the world No.24 who was a Roland Garros finalist in 2019. They face Americans 17-year-old Gauff and 40-year-old Williams, who are teaming up for a first time. Gauff is ranked No.41 in doubles, while Williams is a former world No.1 and two-time champion in Paris.

Alexei Popyrin (AUS)/Jordan Thompson (AUS) v Tomislav Brkic (BIH)/Nikola Cacic (SRB)
Men’s doubles, first round, Court 11, fourth match
Aussie duo Popyrin and Thompson are teaming up for a first time. This is 21-year-old Popyrin’s doubles debut at Roland Garros, while 27-year-old Thompson is making his fourth appearance. Their first-round opponents are doubles specialists who are at their best on clay. Brkic, a 31-year-old Bosnian, is ranked No.66 and has made two tour-level finals on clay this season alongside Cacic, a 30-year-old Serbian ranked No.53.

Alex de Minaur (AUS)/Matt Reid (AUS) v Federico Delbonis (ARG)/Divij Sharan (IND)
Men’s doubles, first round, Court 9, fourth match
De Minaur and Reid are close friends off-court and also make a formidable duo on court. Making their fifth Grand Slam appearance as a team, 23-year-old De Minaur and 30-year-old Reid are looking to advance to a major second round for a fourth time. Standing in their way is Argentine Federico Delbonis, a 30-year-old ranked No.136, and Indian Divij Sharan, a 35-year-old ranked No.74. De Minaur is the highest-ranked doubles player at No.64, with Reid ranked No.100.