John Millman headlines a group of six Australians competing at a ATP 250 tournament in Singapore this week. 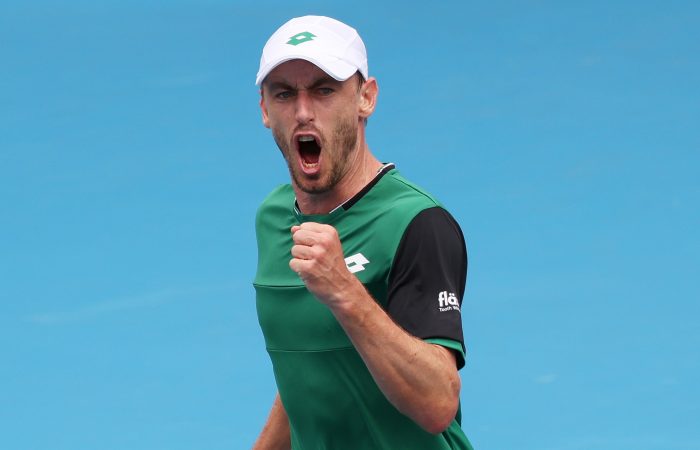 The Australian summer is over for our Aussie men, with ATP Tour events resuming across three different continents this week.

Six of our Australian men are competing at an ATP 250 tournament in Singapore.

John Millman is the tournament’s second seed and receives an opening-round bye. It is the highest the 31-year-old from Queensland, who is ranked No.39, has ever been seeded in a tour-level event.

Australian wildcard Matthew Ebden, who was a mixed doubles finalist at Australian Open 2021, looms as Millman’s potential second round opponent.

John-Patrick Smith has progressed to the final qualifying round, scoring a comprehensive 6-1 6-1 victory against Singapore’s Roy Hobbs yesterday. The 32-year-old Smith plays Tunisian Malek Jaziri today for a place in the main draw.

Australian women have another opportunity to compete at home this week, where there is a strong contingent entered in the Adelaide International. Four women – Ash Barty, Ajla Tomljanovic, Sam Stosur and Olivia Gadecki – will contest the main draw and another 10 are competing in qualifying.