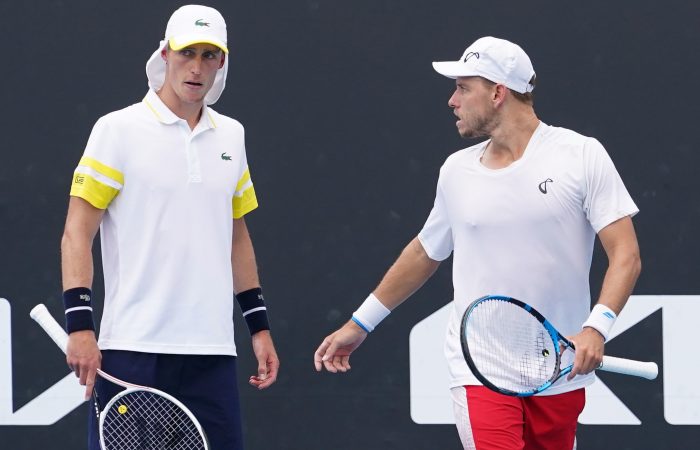 Twelve Australian players advanced to the second round in the singles competitions at this year’s Australian Open, the most to reach this stage since 1992.

Aussie players are impressing on the doubles court too, with several scoring breakthrough wins and posting career-best results.

Ebden and Smith now progress to the third round of an Australian Open men’s doubles draw for the first time in both of their careers.

John Peers is enjoying an impressive start to his men’s doubles campaign too.

James Duckworth and Marc Polmans are also into the third round without dropping a set. It is the second consecutive year the wildcard pairing have reached this stage. They now face eighth-seeded Frenchmen Pierre-Hugues Herbert and Nicolas Mahut, the Australian Open 2019 champions, in the third round.

Sanders and Arina Rodionova are the last remaining Aussie players in the women’s doubles draw.

Maddison Inglis and Lizette Cabrera, who this week won her first Grand Slam doubles match, held a match point in their second-round clash with No.7 seeds Shuko Aoyama and Ena Shibahara today. However, the Japanese duo fought back to win in three sets and stretch their 2021 winning streak to nine matches.

While Ash Barty, Australia’s top-ranked woman in doubles at world No.14, withdrew ahead of her second-round match.