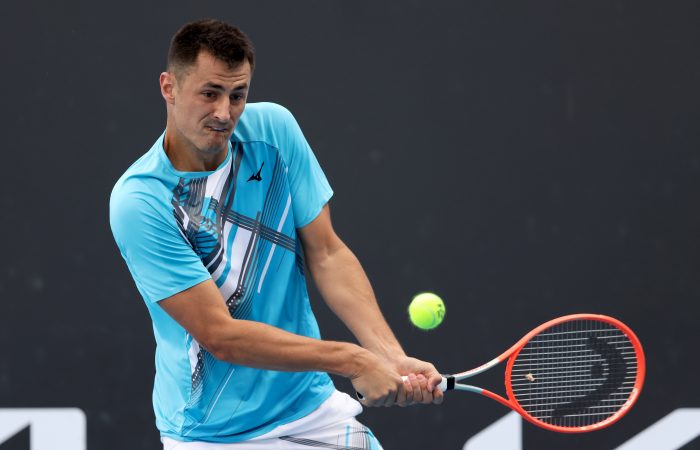 Bernard Tomic is happy to be back in the Australian Open main draw – and he’s not going anywhere yet.

The 28-year-old earned his place at Australian Open 2021 after winning three qualifying matches in Doha last month and was on track to continue that winning streak this evening against Japan’s Yuichi Sugita at Court 8.

The world No.233-ranked Tomic had made a slow start – but soon began to overpower his No.104-ranked opponent. Tomic fired 16 winners to five in a dominant second set, then raced ahead 4-0 in the third set.

“I played very, very bad in the first set. Kind of was a little bit nervous, it was windy, it was cold. It was a pretty bad first set,” Tomic said. “Second and third was some of the best tennis I have played in a while.”

Tomic finished the abbreviated match with 36 winners and 10 aces, a promising sign he is regaining the form that helped his ranking peak at No.17 in 2016.

This is Tomic’s first Grand Slam main draw victory since Wimbledon 2018 and his first at the Australian Open since 2017.

“It’s a great feeling. Am I overly excited? Probably not. (But) it’s good to be back, I guess, at this level,” Tomic said. “(I) played some solid tennis in qualies. I’m happy to be here.”

He faces either world No.12 Denis Shapovalov of Canada and in-form world No.32 Jannik Sinner of Italy in the second round.

Tomic was one of five Aussie winners on day one, with Nick Kyrgios, James Duckworth, Alex Bolt and Ajla Tomljanovic also advancing to the second round.