As 2020 draws to a close, we take a look at the top-ranked Australian players who set new career-high rankings in the past year. 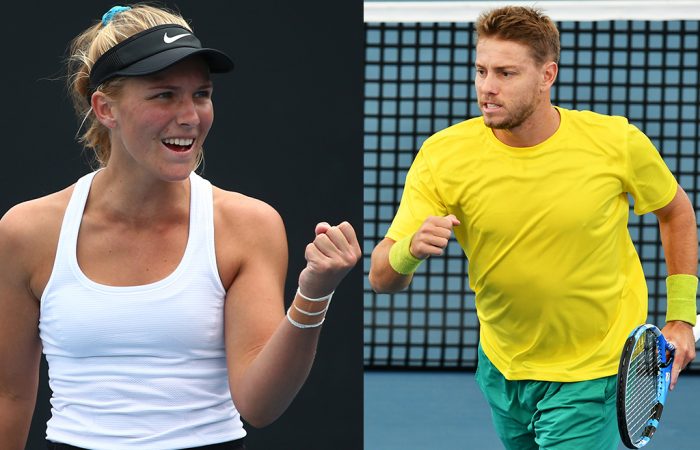 There were many challenges for Australia’s top-ranked players in 2020, with limited competitive opportunities due to the global COVID-19 pandemic.

However, this did not stop many from achieving new ranking highs.

Five Australian men set new personal highs in the ATP Tour singles rankings, led by the resilient James Duckworth who rose to world No.71 in February after advancing to a first tour-level semifinal.

Consistent improvement from Maddison Inglis and Lizette Cabrera saw both rewarded with new ranking bests early in the season.

Luke Saville and Max Purcell made an incredible start to the season, winning the doubles title at the Canberra ATP Challenger and then advancing to the Australian Open final as a wildcard pairing. They proved it was no fluke run, posting consistent results at tour-level to establish their place in the world’s top 40.

Alex de Minaur made his top-100 debut in doubles, rising as high as world No.58. His season highlight was winning the Cincinnati ATP Masters 1000 title with Spaniard Pablo Carreno Busta.

Ellen Perez made her top-40 debut in August, while Storm Sanders peaked at No.62 in September.