State of the Game: Strength in numbers for WA

Showcasing solidarity in navigating recent challenges, the West Australian tennis community is now showing its strength in the record number of players on court. 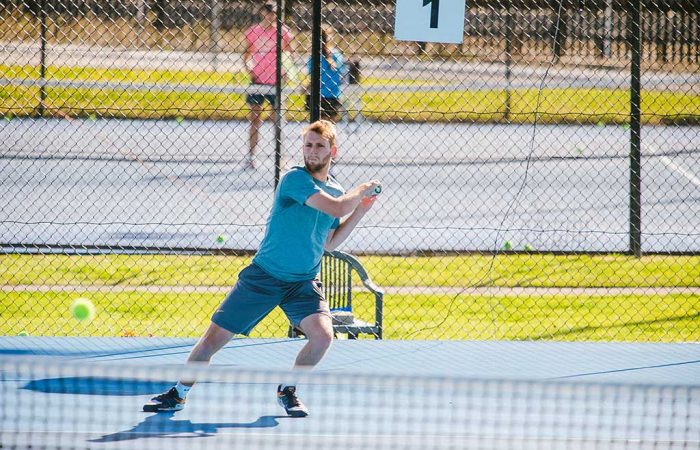 If the restrictions created by the worldwide pandemic were challenging for many Australians, the silver lining was that in many cases, such difficulties also brought out their best.

That was especially true for tennis in Western Australia, where participants not only showcased their fierce love for the sport during shutdowns but returned in record numbers when circumstances allowed.

For Tennis West CEO Michael Roberts, it was a heartening show of strength.

“The passion of people to play shone through,” Roberts related. “We were just getting emails and phone calls from our clubs saying members are insisting they want to get back on court.”

Players have done exactly that. Many of the near 200 affiliated clubs that exist in Western Australia are welcoming more players than ever before, whether they be returning players or those experiencing the sport for the first time.

Blue Gum Tennis Club in Brentwood topped the 21 clubs using the online Book-A-Court system, recording 540 bookings from casual or existing members in the month of May. At Higgins Park Tennis Club in Victoria Park, there was a 671 per cent rise for the month.

> The Court is Calling: Aussies out to play

“Our clubs are reporting that a lot of people they’ve seen are new faces and people coming because they know that tennis is a sport where you can physically distance and still get activity. It can also be structured or unstructured,” Roberts said.

While underlining the unique benefit of tennis, those figures also showcased a strong synergy within the sport.

Navigating the new normal of safety protocols was a challenge that clubs and organisations tackled together – and Roberts was delighted that Tennis West could play a significant role.

“We’re there to be a resource for clubs, to provide guidance,” he said, adding that the volunteer-nature of most Western Australian clubs intensified pressure for many.

“During this time, we were there to decipher the government regulations and turn them into tennis language, so they were clear.”

With restrictions now lifted in Western Australia, some positives from that period are here to stay.

Lines of communication between the state body and clubs are clearer than ever, efficiency has peaked and as Roberts explains, many individuals have stepped up.

“Everyone’s been really supportive of each other and the team that we have with Tennis West has really unified,” he said.

Another boost came from the professional players who returned home to Western Australia when international tours shut down.

> State of the Game: A Sunny Outlook for Queensland

“It was just a great environment – what a high-performance training environment should be, where you get the players training each other,” said Roberts.

“I know our coaches here were buoyed by that. It’s exciting for them to be able to see those players back and to be able to use them for role models to our kids.”

The spirit of solidarity was equally helpful for those professional stars. “We don’t get to spend a lot of time here so to be able to get an extended period with the guys has actually been fun and exciting,” said Peers, who claimed the first UTR Pro Tennis Series event staged in Perth in July.

“I know everyone’s been enjoying it over here. For us to have things open up pretty quickly was lucky for us.”

Peers is not the only member of the Perth tennis community counting the positives after the short interruption to the sport.

“I think it’s provided a bit of a platform for us to build from,” said Roberts. “There are lots of people wanting to get out and play tennis. Hopefully we can build on that.”

> State of the Game: ACT’s Season of Change