State of the Game: ACT’s Season of Change

With a summer season devastated by bushfires and coronavirus halting autumn play, the ACT tennis community is delighted that winter is happily emerging as a season of change. 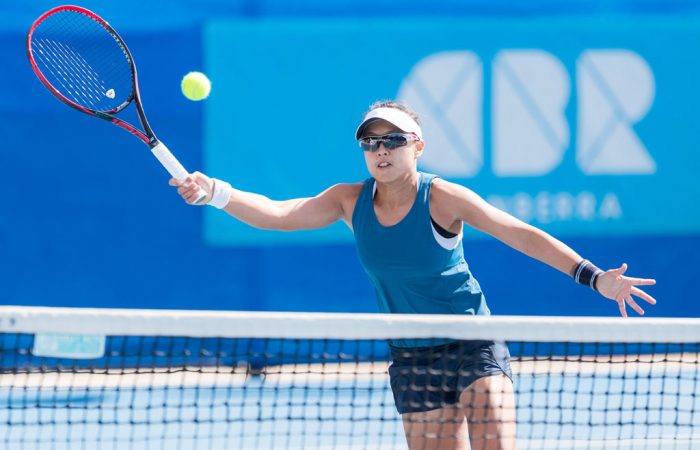 Below-zero temperatures aren’t typically the most conducive conditions to play sport. But as a famously extreme Canberra braces for some cold months ahead, the tennis community is not only gearing up for a successful winter season but welcoming more players to courts than ever before.

“The return to play has been really positive,” relates Tennis ACT CEO Kim Kachel of the response to facilities reopening following COVID-19 lockdowns. “People have certainly been craving tennis and getting outdoors and active.

“We’re seeing that through three key measures – casual court hire via Book a Court and memberships anecdotally have been going up, because people are seeing tennis as a very safe sport to play in these times.

“Then our Canberra Tennis League has jumped up 47 per cent with the number of teams this winter season.”

The 94 teams that will take to the court when The Walking Clinic Adult League kicks off next Monday has increased from 64 teams last year. Contested on Monday, Tuesday and Thursday nights, with some Saturday play, the entirely outdoor competition will be played in 2020 with clubhouses mostly closed.

“That’s even more extraordinary given the Canberra winter. As soon as that sun goes down it gets very cold very quickly,” says Kachel.  “It’s brilliant. It shows how much people are keen to get back out there.”

How good does it feel to be hitting again? And as Todd Woodbridge and John Fitzgerald explain, how easy to play it safe. #TheCourtIsCalling pic.twitter.com/7Ix2X7SG3s

Still, it’s not the first time that members of the ACT tennis community have shown such buoyancy – in fact, it’s not even the first time this year. In an unprecedented summer, the territory was among the many parts of Australia devastated by bushfires, with the Orroral Valley blaze threatening Canberra’s southern suburbs.

“The resilience of the community here has been fantastic,” says Kachel. “I don’t think you can really understand the effects of the smoke haze in January unless you lived through that. While it was nowhere near as horrific as being right in the thick of the fire, they did get incredibly close and the smoke was constant and oppressive. About 22 per cent of the ACT’s landscape was actually burnt.”

While the summer season of tennis was understandably abandoned, the tennis community adapted in other ways. The Apis Canberra International in early January, for example, was relocated to Bendigo in Victoria to ensure the ATP Challenger and women’s ITF World Tennis Tour tournaments could proceed.

“The tennis community navigated through that one and then obviously the sport was back up and running from mid-February only to then be shut down with COVID-19 and again, the resilience of our volunteers, our coaches was incredible.  We’ve got largely volunteer committee-run clubs here in the ACT and region and an amazing network of coaches,” Kachel relates.

“They just went above and beyond in making sure their environments were safe and that they were keeping all their stakeholders updated. They’ve shown an amazing capacity to get through crises and how to come out the other side in a good position.”

Another highlight is the support of the ACT’s most high-profile player.

“A further positive has been Nick Kyrgios’ support of the local Canberra community,” says Kachel.  “He led the way with the aces for bushfire relief and fundraising efforts over summer and his charitable side shone through once the COVID pandemic hit.

RELATED: Kindness the key for Kyrgios and co.

“A proud Canberran, he immediately offered to support those in need by personally packaging and delivering food hampers and items to anyone who reached out.   I know he and the family delivered heaps of packs to those facing hardship.

“He has always been a brilliant supporter of the local community and it’s pleasing to see him back on court at the Canberra Tennis Centre too.”

Supported by Tennis ACT’s early adoption of the Book a Court system, numbers in the nation’s capital are going from strength to strength. Delighted to see “tennis coming back with increased vigour”, Kachel notes that 5217 bookings in May represented the highest number on record.

“What’s even more impressive is that there wasn’t a full month of May,” he adds. “It was really only half a month that the Book a Court system was open to the general public.”

Encouraged by those numbers, Kachel and the Tennis ACT team are also delighted to build on that success.

“We’ve got a great tennis community up here. We’ve got a really passionate network of coaches that are very charitable in their endeavours as well. They donate to different charities and do some amazing things at their clubs,” he says.

“And likewise, we’ve got an unbelievable group of volunteers that run our community clubs. It’s exciting to work with them on digital enablement and other projects.  We’re really looking forward to working with our clubs and coaches over the next year and using that as a great launchpad into summer.”

As work continues on projects including further implementation of Clubspark and sustainability initiatives, there is arguably most excitement for simply seeing players back on court.

The players that have returned in droves, even in the most challenging conditions, underline the many unique benefits that tennis can provide for fun, interaction and overall health.

“I think we’re seeing a lot of people return to the sport that may have played as kids and they’re getting back out there because it’s a safe sport,” enthuses Kachel.

“They’re rediscovering a love of the game.”

RELATED: State of the Game – A Sunny Outlook for Queensland