For the third year running, Ash Barty takes out Australian tennis' highest honour -- this time after a banner season highlighted by her first major title and world No.1 ranking. 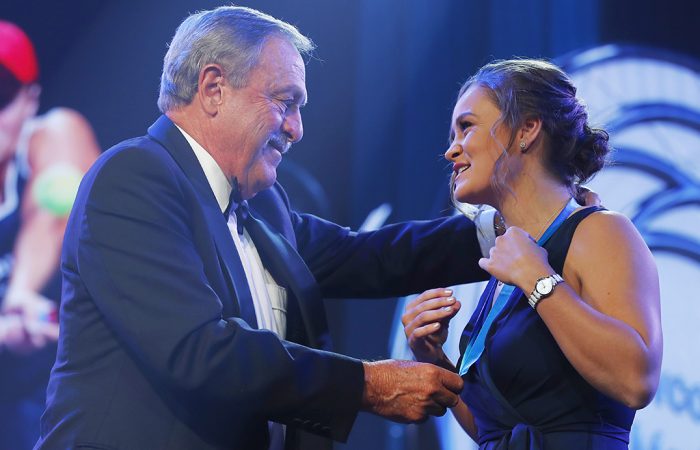 World No.1 Ash Barty has taken out her third consecutive Newcombe Medal at Monday night’s Australian Tennis Awards, capping off an outstanding year.

The 23-year-old was presented with Australian tennis’ top honour by legend John Newcombe at the annual awards ceremony at Crown Palladium.

Barty won her first Newcombe Medal in 2017 and then shared the top honour with fellow nominee Alex de Minaur in 2018.

Her outstanding achievements in 2019 made her a clear winner, and after Sam Stosur, the only other player to achieve a Newcombe Medal hat-trick, with three wins.

“I’m incredibly grateful and very humbled to be here tonight,” Barty said after receiving the medal on stage from Newcombe.

“This is not about individual athletes — it’s a night of celebration for everyone involved in tennis and everyone that’s a part of our tennis family. Congratulations to everyone else who’s in this room. It takes a village and we are a big tennis family. I’m very humbled to be here tonight.

“I’m extremely fortunate to have such an amazing support network around me. It’s very special for me tonight to have Mum, Dad and my very first coach in Jim (Joyce) here. They gave me the unconditional love and support time and time again — in all the bad times and all the good times, they’re always there.

“There were a few words they said to me: ‘I love to watch you play’. And when your Mum and Dad say that to you, when your coach says that to you, that makes your heart race a little bit.

“Honestly it’s been incredible. I’m very grateful that they’re here to share it with me as well.”

Barty also gave heartfelt thanks to coach Craig Tyzzer, manager Nikki Craig and mindset coach Ben Crowe, among others, during her acceptance speech. 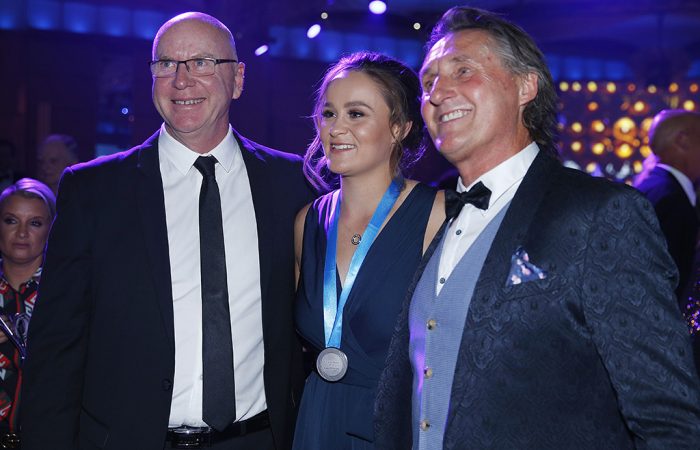 Following a breakout quarterfinal at the Australian Open in January 2019 – the best result for a local woman in a decade – Barty then progressed to victory at the prestigious Miami Open, cracking the world’s top 10 for the first time.

As her confidence grew, she was unstoppable on the court, winning her first major title at Roland Garros and rising to world No. 1 in June.

She capped off the year with victory at the WTA Finals and the year-end No.1 ranking, and also led Australia into its first Fed Cup final in 26 years.

Off court, the humble champion proved her impressive role model status by continuing her work as Indigenous Tennis Ambassador, partnering with the RSPCA and becoming the face of a campaign to encourage women and girls to stay in sport. 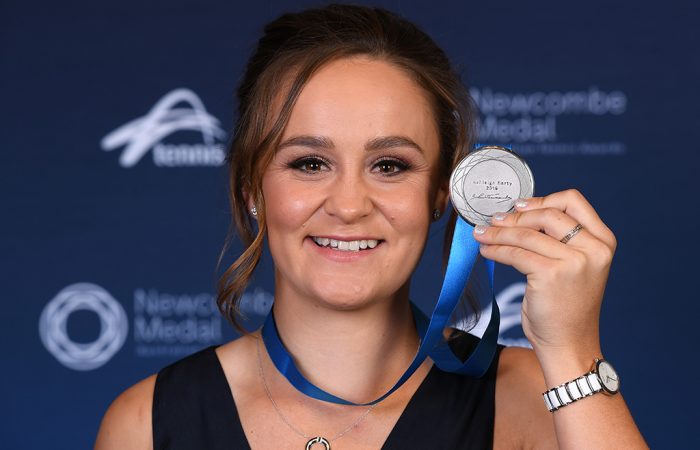 The Newcombe Medal is the premier award on a night that recognises players, coaches, clubs, communities, volunteers and officials for their service to the sport, with 2019 the tenth instalment of what has become the tennis night of nights.