The Newcombe Medal, won by world No.1 Ash Barty, was one of 15 awards presented to worthy winners at the Australian Tennis Awards on Monday night in Melbourne. 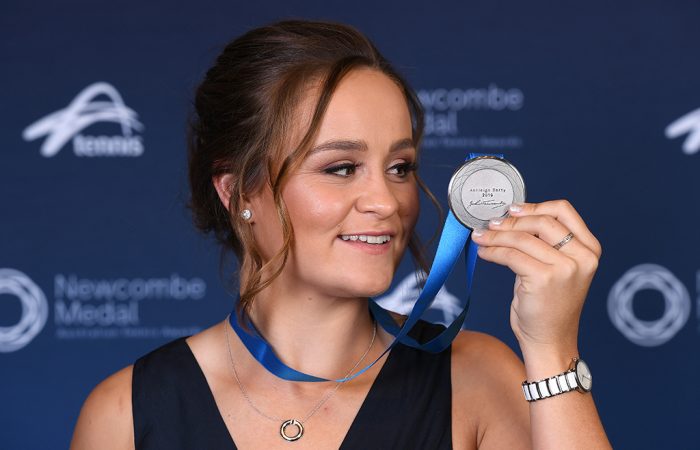 Ash Barty and Sam Stosur were the big winners on Monday evening at the Australian Tennis Awards, a night recognising players, coaches, clubs, communities, volunteers and officials for their service to the sport.

Staged at the Palladium Ballroom in Melbourne, 2019 marked the 10th instalment of what has become tennis’ night of nights.

The Newcombe Medal is the premier award presented on the night, presented to Australia’s most outstanding elite tennis player and ambassador for the sport.

Barty earned her third straight Newcombe Medal following an outstanding season highlighted by her French Open triumph and rise to world No.1.

Stosur was presented with the Spirit of Tennis Award, honouring her outstanding leadership, incredible professionalism, and the positive impact she’s had on the sport throughout her career

Grand Slam champion and inspirational advocate Dylan Alcott was awarded the Most Outstanding Athlete with a Disability.

The full list of 15 award winners is as follows:

FEMALE JUNIOR ATHLETE OF THE YEAR

MALE JUNIOR ATHLETE OF THE YEAR

MOST OUTSTANDING ATHLETE WITH A DISABILITY