With Marc Polmans winning through the qualifying rounds, there are now seven Aussies in the main draw of the Citi Open in Washington DC. 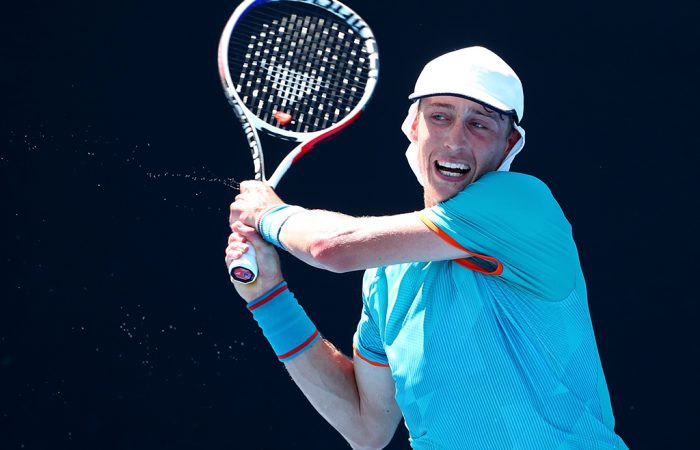 Marc Polmans won two matches in qualifying at the ATP tournament in Washington DC to join six of his countrymen in the main draw.

After beating Jamie Cerretani for the loss of just three games, Polmans defeated Nicolas Mahut 6-7(3) 6-2 6-4 to seal a place in the 48-player draw, where he will face Tunisia’s Malek Jaziri.

De Minaur, who receives a bye into the second round, arrives in the United States capital fresh off his title at the ATP tournament in Atlanta.

A finalist at the DC tournament in 2018, De Minaur could face Tomic in the second round, if the Queenslander gets past Andrey Rublev – last week’s Hamburg finalist – in his opening match.

Also in the same segment of the draw as De Minaur and Tomic is Ebden, who plays qualifier Tim Smyczek for a shot at No.8 seed Milos Raonic.

In the top half of the draw, where Polmans resides, Kyrgios has drawn American qualifier Thai-Son Kwiatkowski. The winner of that first-round match will take on 11th seed Gilles Simon in the last 32.

Popyin faces Serb Miomir Kecmanovic with the reward for the winner a second-round meeting with No.15 seed Pierre-Hugues Herbert – a player Popyrin beat last week in Atlanta.

Thompson takes on wildcard Jack Sock — a former world No.8 – for a shot at 14th seed Jan-Lennard Struff.

Destanee Aiava came within a set of qualifying for the WTA main draw in Washington DC, but ultimately went down to American Sachia Vickery 6-7(6) 7-5 6-3.

At the ATP 250 tournament in Los Cabos Mexico, John Millman and Thanasi Kokkinakis are flying the Aussie flag in the 28-player field.

Millman will play India’s Prajnesh Gunneswaran in the first round while Kokkinakis — a finalist at this event in 2017 — opens against a qualifier, with the winner to play fourth seed Lucas Pouille.

Jacob Grills advanced to the final round of Los Cabos qualifying before going down to Dominik Koepfer 6-3 7-6(5).

Meanwhile, Ajla Tomljanovic is among the field for the WTA Premier-level hard-court event in San Jose, California.

She takes on qualifier Kristie Ahn in her first-round match, with the winner to play No.3 seed Elise Mertens in the last 16.

Priscilla Hon was a set away from the main draw, yet went down 5-7 6-3 6-1 to Harmony Tan in the final round of qualifying.