Aussies “hunting in packs” at Wimbledon

Eleven Australians are through to the second round of Wimbledon qualifying - and their strong support for one another is helping them succeed. 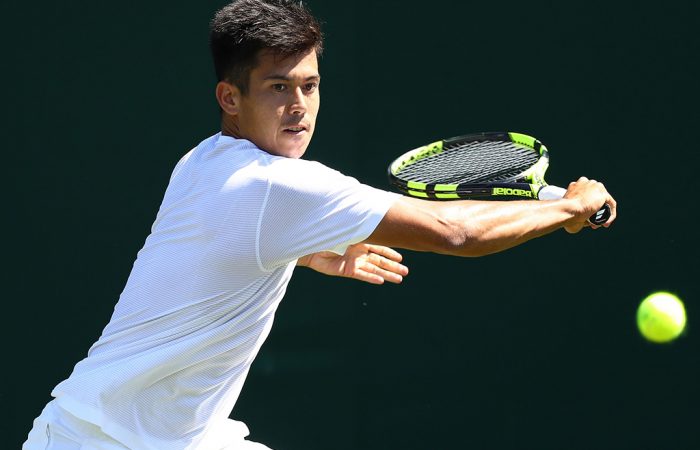 No country has more players remaining in the Wimbledon men’s singles qualifying draw than Australia.

“We’ve got seven girls in action today, so we hope something similar plays out,” he told tennis.com.au on Tuesday.

When three of them – Priscilla Hon, Arina Rodionova and Kaylah McPhee – advanced to the second round, it meant there will be 11 Australians taking to the court in a bumper day of play on Wednesday.

All of them are shooting for a place in the final round – and another step closer to the Wimbledon main draw.

“Australians hunting in packs – we’ve tended to do that as a nation,” Masur, a former world No.15, observed. “Particularly in the days when we didn’t have such a Federation supporting our development and performances, players kind of relied on each other at the tournaments.

“And it’s been an Australian way – you leave home, you play doubles together, train together, practice together, so yeah it’s nice.

“You’d like to think that each player on the tour is striving to do his best, but if you can accept that if you work with the other players and you support them, they support you, you can get better together.”

Alex Bolt, the eighth and final Australian winner on that magic Monday, concurred.

“We’re even at each other’s practices watching. Just that extra support can do that little bit extra on court. Every bit helps.”

Several of those players were watching when Bolt clinched a 12-10 victory in the third set of his absorbing encounter with Italian rising star Jannik Sinner.

Even more were courtside for Jason Kubler’s come-from-behind three-set victory over No.2 seed Henri Laaksonen.

“I think that’s probably the one thing we do very well as a country. There are a lot of guys who are at this tournament, and even some who aren’t in this tournament that are here (watching and supporting),” he said after his win.

“Thanasi (Kokkinakis) is here, Grillsy (Jacob Grills) is here, we’re all there for one another. I was watching Ducks (James Duckworth) get through his second set and I’m going to go watch Bolty (Alex Bolt) after I do all my stuff.

“Even though it’s an individual sport it feels like we’re all together. If one of us does well, then everyone is going to get a message or a voice note saying ‘well done, congratulations’.

Masur believed the on-court successes and off-court approaches of Australia’s top male and female players – Alex de Minaur and Ash Barty – were having a profound impact on the players coming up behind them in the rankings.

He said that the majority of Australian players had enjoyed and benefitted from the opportunity to train and play with these leading lights.

“I’d like to think that the girls get a real kick out of what Ash has done (in winning the French Open and becoming world No.1),” Masur said.

“They’ve got that real close contact with Ash and they go to a Fed Cup tie and they train with her. And they’ve all had a great year in Fed Cup and they’ve got the final coming up.”

Masur identified Barty in particular as a player with a large skill set and well-rounded game that proved a perfect fit for grass.

He said most of the other Australians fell into a similar category – a significant reason why the nation is enjoying such success on the lawns this week in variable conditions at Roehampton.

“To qualify or to do well at a major, you’re gonna get hot windy days, overcast heavy days, light rain, different conditions, different opponents. So you need to be able to adjust and vary your game, at times,” he said.

“I’d like to think that a lot of the Australian players, they can play attacking tennis, they can serve-volley when necessary, they can defend, block, chip. Australians tend to do that sort of thing quite well – we’re not robotic ball machines.

“That’s good in these conditions.”

Akira Santillan, who breezed through his opening-round qualifying match in just 41 minutes, held a similar view.

“So all of us can definitely play on grass. I’m expecting good things from all of us.”

“I guess we’ve got to put it in perspective – it’s the first round of quallies,” he said of Monday’s results. “With the aspirations we have for these players, we’d like to be having a similar conversation in the last round of quallies.

“Tomorrow there’s a little more pressure, a bit more at stake – we wait and see (what happens).”