Ajla Tomljanovic makes her way into the second round at Indian Wells after a straight-sets dismissal of Alize Cornet, before Jordan Thompson won a three-hour-plus battle to reach the same stage. 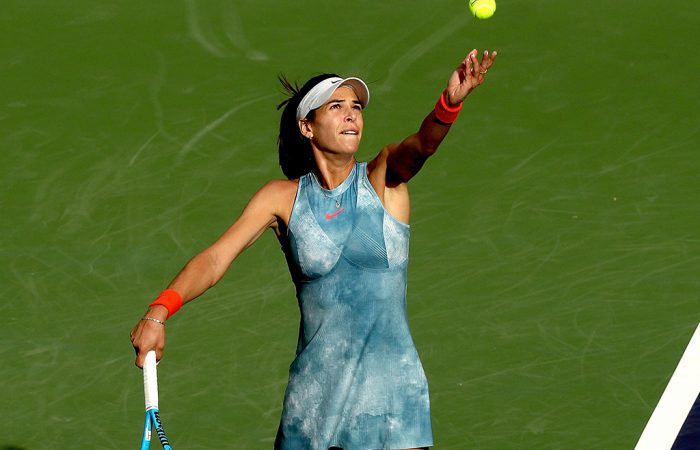 Ajla Tomljanovic has set up a second-round meeting with No.9 seed Aryna Sabalenka after dismissing Alize Cornet in straight sets at Indian Wells on Thursday (local time).

The Australian beat the Frenchwoman 7-5 6-3 to join four Australians – Ash Barty, Daria Gavrilova, Alex De Minaur and Nick Kyrgios – in the second round of the combined tournament in the Californian desert.

Later on Thursday, Jordan Thompson added his name to the winner’s list with a gruelling victory over Argentine Federico Delbonis.

Thompson missed out on 3 match points in the third set but never gave up. That fight. 💪 pic.twitter.com/IrPvwnzxjN

Thompson served for the match when leading 6-4 5-3 and held two match points in the second-set tiebreak before Delbonis rattled off four straight points to send the match to a decider. There, Thompson led by a service break twice – at one stage moving ahead 3-1 – but couldn’t maintain his advantage.

While Karlovic pounded 18 aces, Ebden dished up eight double faults, and although both men were able to break each other once, it was the Croatian veteran winning the crucial points in the tiebreaks.

Tomljanovic closed out victory over Cornet in one hour and 42 minutes and was the superior serve throughout the contest, saving five of the six break points she faced.

Her countrywomen, Sam Stosur and Priscilla Hon, did not fare so well.

Hon, who won two matches to qualify for the main draw, was handed a 6-1 6-1 defeat by fellow qualifier Natalia Vikhlyantseva of Russia.

Stosur was beaten 6-2 6-3 by American wildcard Madison Brengle, and also lost in the first round of the doubles tournament with Zhang Shuai.