At least one Australian will reach the Brisbane International men's quarters after four locals fell in the one section. Defending champ Nick Kyrgios opens against Ryan Harrison. 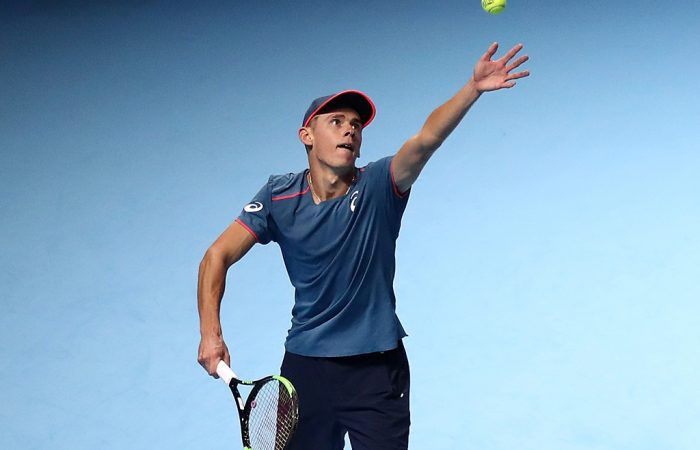 Alex De Minaur could face a whole host of countryman as he looks to replicate his breakthrough result at the Brisbane International 12 months on.

Last year, the Australian teenager advanced to the semifinals and came within a few points of the final at Queensland Tennis Centre.

A year on, he is the top-ranked Australian male and seeded No.7, on course of a quarterfinal showdown with top seed Rafael Nadal.

To get there, he must beat fellow Aussie teen Alexei Popyrin – a wildcard entry – in the first round before dealing with the winner of the first round match between Jordan Thompson and wildcard Alex Bolt.

As a result, it is guaranteed that one Australian will progress to the last eight.

Defending champion Nick Kyrgios – the eighth seed – faces a 2018 final rematch against Harrison in round one while joining Kyrgios in the bottom half of the draw is local favourite John Millman, who opens against Tenny Sandgren.

The winner faces a likely second-round date with No.6 seed Grigor Dimitrov.

Kyrgios is hoping to recover from a spider bite which hospitalised him over Christmas.

.@NickKyrgios says the spider bite on his foot did hinder his #BrisbaneTennis prep, but that he feels good. The defending champ says, “I have good memories here” pic.twitter.com/UNDNngdhZP

“It has definitely impacted my preparation. I haven’t stepped on court for the last couple of days but it’s getting better,” he said

“I will be rusty to be honest. I wouldn’t be surprised if I go out there and hit 30 unforced errors.”

A seventh Australian male, James Duckworth, is a wildcard recipient and faces former world No.1 Andy Murray in the first round.

In the women’s event, five local women will fly the Australian flag, with the highest-ranked of those, Daria Gavrilova, drawing eighth seed Anastasija Sevastova in round one.

The winner of that match could face wildcard Priscilla Hon, who opens against a qualifier.

In the top half of the draw, Sam Stosur – also a wildcard – will take on a qualifier in her first match while Ajla Tomljanovic faces Katerina Siniakova.

Several more Australians will attempt to join those names via the qualifying draw.