Friendly Aussie foes Daria Gavrilova and Sam Stosur will clash in the first round of the WTA tournament in Prague, while Alex De Minaur, John Millman, Bernard Tomic and Ajla Tomljanovic are also in action in Europe. 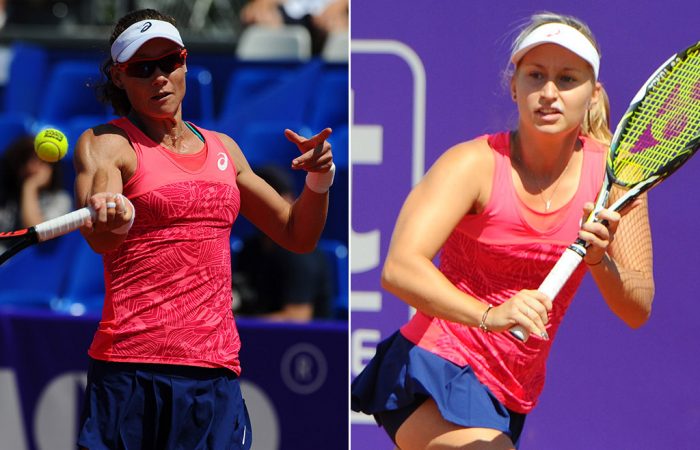 Daria Gavrilova and Sam Stosur will face off for the fourth time at a WTA event when they line up opposite each other in the first round in Prague.

Gavrilova, the No.4 seed at the claycourt event, leads the head-to-head 2-1 over Stosur, winning their last match in Sydney in January.

But Stosur won their only match on clay – in last year’s Strasbourg final – and Prague is a happy hunting ground; she reached the final at this event in 2016.

The winner will take on either Denisa Allertova or a qualifier, with No.5 seed Barbora Strycova looming as a potential opponent in the quarterfinals.

The tournament is headlined by top two seeds Karolina Pliskova – who has drawn sister Kristyna in round one – and Petra Kvitova.

At the WTA tournament in Rabat, Morocco, Ajla Tomljanovic has drawn a tough first-round opponent in Pauline Parmentier – the Frenchwoman who won last week’s title in Istanbul.

This week it’s the men’s turn in Istanbul, a tournament that has awarded Bernard Tomic a wildcard.

Tomic, who will make his first competitive outing in more than a month, has drawn No.6 seed Viktor Troicki in the first round, a player against whom he’s 2-2 in the head-to-head series.

Another Aussie in the field is John Millman, who will look to replicate his claycourt form from Budapest when he takes on Dusan Lajovic.

Also earning a wildcard this week was Alex De Minaur, who will line up in the main draw of the 250-level claycourt event in Estoril.

The 19-year-old, who will also partner with Lleyton Hewitt in the doubles draw, takes on local Gastao Elias in the first round.

The winner progresses to a second-round meeting with No.3 seed Kyle Edmund, the Brit who recently reached the final on clay in Marrakech.