Lleyton Hewitt and Alex De Minaur have received a wildcard into the doubles draw at the ATP Estoril Open, beginning 30 April in Portugal. 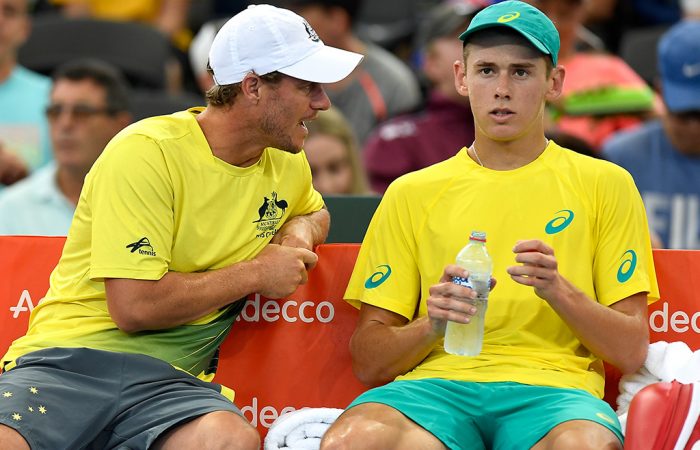 Lleyton Hewitt will come out of retirement again to play doubles at the ATP Estoril claycourt tournament in Portugal with emerging Australian talent Alex de Minaur.

“We have a wildcard, we have the ex-world-No.1 Lleyton Hewitt … Who will break from ‘retirement’ to play at the Millennium Estoril Open alongside countryman Alex de Minaur,” tournament organisers tweeted.

Davis Cup captain Hewitt retired from professional tennis in 2016 but made a cameo appearance alongside Sam Groth at the Australian Open where the duo made the quarterfinals.

Hewitt, the youngest man to be ranked No.1 in world singles, won the 2001 US Open and 2002 Wimbledon titles just a few years after his doubles partner de Minaur was born.

The rookie made his Davis Cup debut for Australia in 2018 but lost his singles rubber against German world No.5 Alexander Zverev in five sets.

Earlier in the season he defeated Canadian Milos Raonic at the Brisbane International before being defeated in the semifinal by American Ryan Harrison, and a week later went on to reach the Sydney International final.