Millman misses out on first title with final defeat

John Millman wins a dramatic semifinal but then falls short against Marco Cecchinato on a dramatic day at the Hungarian Open. 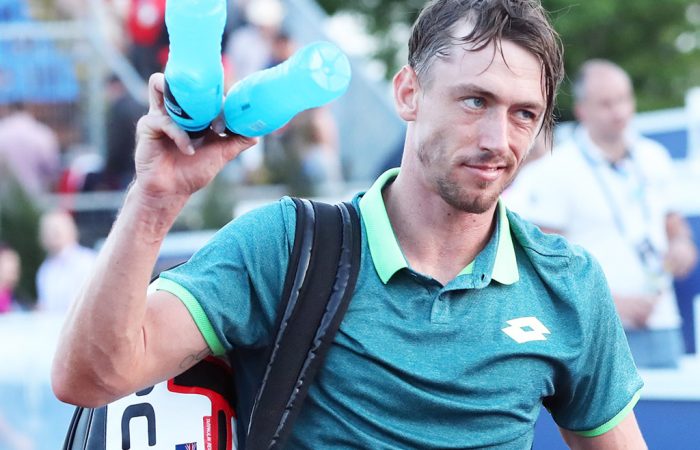 Australia’s John Millman missed out a first ATP Would Tour title after losing to Italy’s Marco Cecchinato on a dramatic final day at the Hungarian Open.

Cecchinato came through 7-5 6-4 in the Budapest final to win his maiden ATP title.

“I gave it everything, I left it all out there and probably ran out of gas a little bit at the end,” said Millman, who will break into the world’s top 70 in the new rankings.

“I can be very happy with my achievements when I reflect on them a little bit later.

“To think it’s my first tournament on clay this season, I don’t grow up on this stuff – it’s not a surface we play on too much back in Australia, and I’m really playing these guys in their own backyard.

“My dream is to win one of these and I feel like I can put myself in more of these positions in the future. When my body’s healthy, I’m confident where my game’s at.

“If I can stay fit and healthy – and I’ve found out that’s a pretty tricky task – I can climb up the rankings.”

Millman’s semifinal against Aljaz Bedene had been halted on Saturday evening with the pair locked at one set all when darkness fell.

The 28-year-old from Queensland looked to have done enough when he broke serve at 4-4 on the resumption and moved to 40-30 on serve, but he could not close out and a tense finale followed.

Bedene swept through two games and earned three match points on the now struggling Millman’s serve, but the Aussie dug deep and clung on.

A 6-2 lead in the tie-break was surely enough, but Millman saw another three match points disappear – one with a wayward smash – until he finally got over the line on match point number five.

Final opponent Cecchinato had completed his semi-final on Saturday and so went into the final the fresher man.

The Italian, ranked two places higher than Millman at No.92 in the world, was a lucky loser, having lost in the final round of qualifying but then stepped in as an injury replacement.

He capped his amazing week by ending Millman’s hopes in the final, although the Australian had his chances.

Cecchinato saved a set point on serve in the opener with a brilliant smash, and then recovered from 4-1 down in the second by winning the last five games.

“I lost Sunday and now I won the tournament. It’s amazing for me,” Cecchinato told atpworldtour.com. “Maybe it’s a dream, I don’t know.”