US Open doubles action is underway, and Australians feature prominently in the men's and women's tandem events. 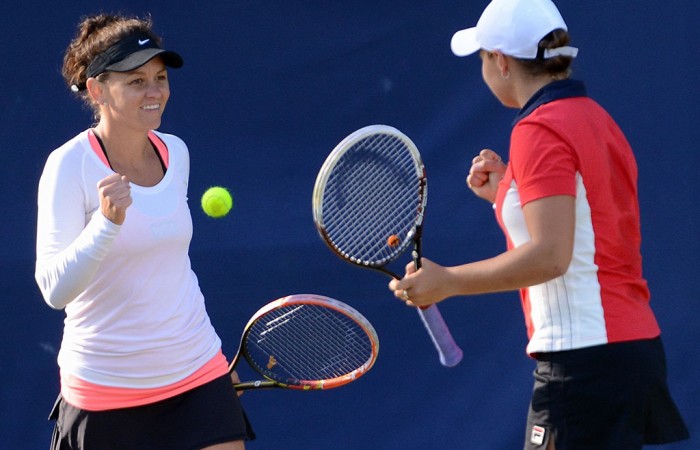 US Open doubles action is underway, and Australians feature prominently in the tandem events on the Day 3 schedule.

Whether it be all-Australian combinations or Aussies teaming up with an international contemporary, there is a total of 13 Aussies taking part in both the men’s and women’s doubles events.

Heading the charge are 10th seeds Ash Barty and Casey Dellacqua, who reached three Grand Slam doubles finals together in 2013 – including at Flushing Meadows – and will team up again at the 2014 US Open.

Another exciting pairing is between young guns Nick Kyrgios and Bernard Tomic, the Aussie duo who sit at second and third in the national rankings behind Lleyton Hewitt and who both progressed to the second round of the singles in New York.

Other all-Australian combinations include:

Several other Aussies are also entered into the doubles draw, partnering non-Australians. They are:

The US Open Day 3 schedule is out – see which of our doubles stars will be taking to the courts in New York on Wednesday.

> Aussies in action: US Open Day 3