Casey Dellacqua, Anastasia Rodionova and Olivia Rogowska all won at Roland Garros on Thursday, while James Duckworth is the last Aussie male standing. 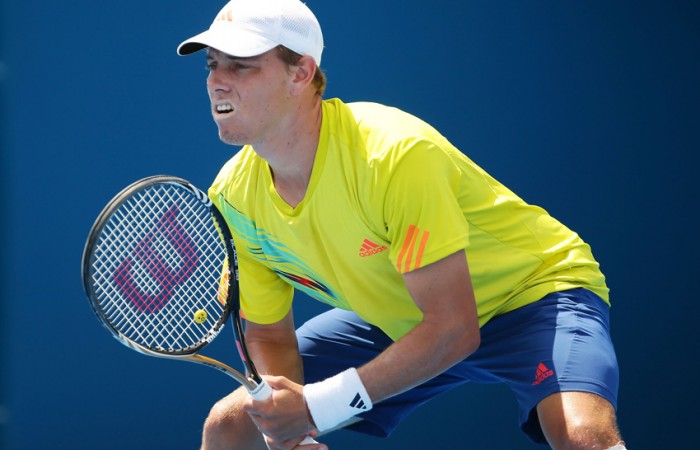 It was a mixed day for the Aussies on Day 2 of French Open qualifying, with four progressing to the next round of competition while another four saw their singles campaigns come to an end.

Our women enjoyed the most success; of the five in action, three – Casey Dellacqua, Anastasia Rodionova and Olivia Rogowska – all won through to the second round.

Dellacqua overcame the loss of the first set to defeat Ana Vrljic of Croatia 3-6 6-1 6-3.

The Western Australian claimed victory in one hour and 41 minutes to progress to a second round meeting with No.21 seed Irina Falconi of the United States, who brushed aside Frenchwoman Julie Coin in straight sets.

Rodionova, the 20th seed in qualifying, subdued Austria’s Patricia Mayr-Achleitner 6-3 2-6 6-3 to set up a second round showdown with Rogowska, who bested Valeria Solovyeva of Russia 7-6(2) 6-2.

Despite the unfortunate draw it ensures at least one Aussie woman will move through to the final round of qualifying, and one match win away from a main draw berth at Roland Garros.

On the men’s side, James Duckworth remains the last Australian man standing in the draw after he upset No.19 seed Diego Sebastian Schwartzman of Argentina.

Duckworth’s 6-4 2-6 6-2 victory was achieved in one hour and 41 minutes and sees him move through to the final round of qualifying, where he will meet Serb Dusan Lajovic.

Lajovic in the second round brushed aside Duckworth’s compatriot Matthew Ebden 6-3 6-1.

Qualifying continues in Paris on Thursday, with Dellacqua, Rodionova and Rogowska all in action. Duckworth will enjoy a day’s rest before taking to the court on Friday.