Aussie duo Nick Kyrgios and Thanasi Kokkinakis have progressed to the men's doubles semifinals at an ATP 250 tournament in Atlanta. 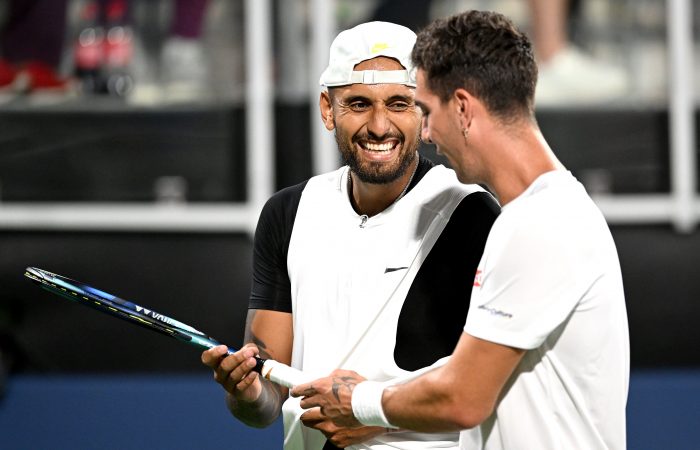 Nick Kyrgios and Thanasi Kokkinakis have booked their spot in the Atlanta Open doubles semifinals.

The second-seeded Australian combination recorded a 6-4 7-6(3) win against Ecuador’s Gonzalo Escobar and American Hunter Reese in quarterfinal action at the ATP 250 tournament today.

The reigning Australian Open champions struck 15 aces and did not lose serve in the 86-minute clash.

It was an encouraging performance from Kyrgios, who withdrew from the singles event yesterday due to a knee injury.

This improves the Special K’s season record to 11 wins from 13 matches together.

In singles action, American Brandon Nakashima scored a 7-6(8) 6-4 victory against Australian hope John Millman in the second round.

Millman had his chances – earning three set points in the opening set, but was unable to convert against the 2021 finalist.