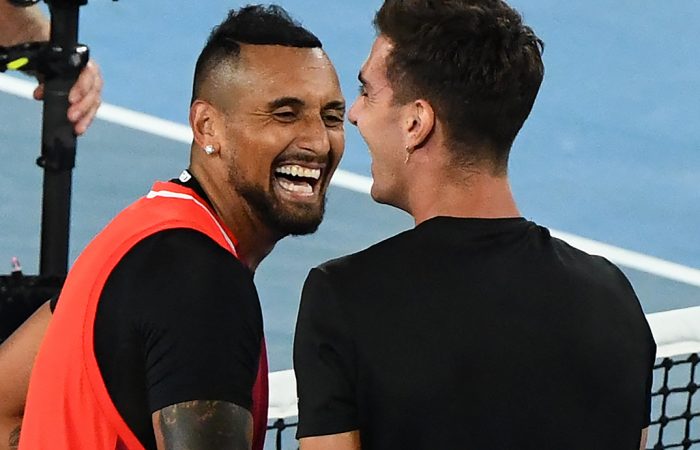 After a career-best fourth-round run at the Australian Open, Alex de Minaur has improved nine places to world No.33 in the latest ATP Tour men’s singles rankings.

James Duckworth rises three spots to a career-high No.46 this week, while Aleksandar Vukic is also at a new personal-best mark at world No.140.

The 25-year-old is spending her 113th week at world No.1 and currently has a 2633 point advantage over her closest rival, world No.2 Aryna Sabalenka.

Maddison Inglis rises 18 places to world No.115 this week after advancing to her first Grand Slam third round. The 24-year-old is three spots shy of her career-high, achieved in March 2020.

Both are at new career-high rankings – Kyrgios at world No.40 (rising 219 spots) and Kokkinakis at world No.46 (jumping up 388 positions).

> READ: Kokkinakis and Kyrgios – “We didn’t expect this at all”

Australian Open finalist Matt Ebden has also been rewarded, improving 31 places to a career-high world No.24.

There are currently eight Australian players ranked inside the world’s top 100, including five in the top 50.

Sam Stosur remains the top-ranked Australian in the latest WTA doubles rankings, sitting at world No.14.

Storm Sanders makes her top-20 debut this week after a career-best quarterfinal run at the Australian Open. The 27-year-old improves eight places to world No.19.

Ellen Perez is also at career-high No.35, while Olivia Tjandramulia makes her top-150 debut this week.