Australian John Millman's fighting spirit was on display in a hard-fought second-round win against Spain's Jaume Munar in Nur-Sultan. 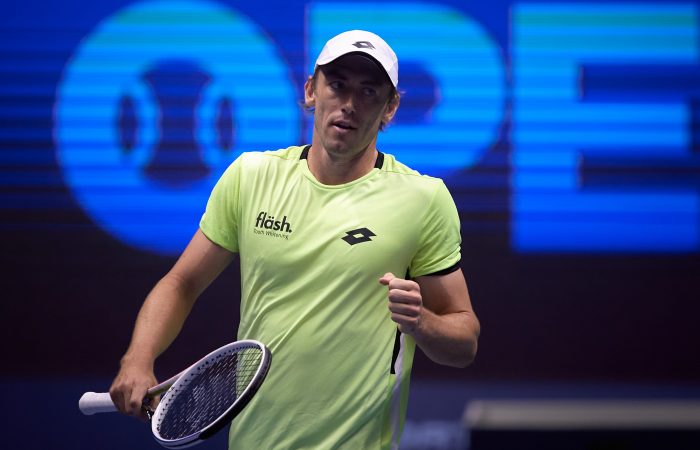 John Millman has kept his title defence alive in Nur-Sultan – but needed more than three hours to overcome Spain’s Jaume Munar in the second round.

The fifth-seeded Australian eventually prevailed 6-4 6-7(5) 7-5 against the world No.71 to book his place in the quarterfinals.

“These long matches aren’t good in my old age, I tell you!” 32-year-old Millman told ATPTour.com.

Millman will face either fourth-seeded Serb Filip Krajinovic or Australian James Duckworth in the quarterfinals.

Duckworth extended his current winning streak to six matches, scoring a 7-6(3) 6-1 victory against Kazakh wildcard Mikhail Kukushkin in the opening round.

In doubles action, Marc Polmans teamed with 24-year-old Munar to advance to the quarterfinals.

Matt Reid and British partner Ken Skupski have lost their opening-round doubles match at an ATP 250 tournament in Metz.

The result levels Alex de Minaur as the last standing Australian at the event. The world No.21 faces American Marcos Giron in the second round of the singles draw.