Millman moves into third round at Washington

John Millman advances in Washington, while Seone Mendez has progressed to her first tour-level quarterfinal at a clay-court tournament in Cluj-Napoca. 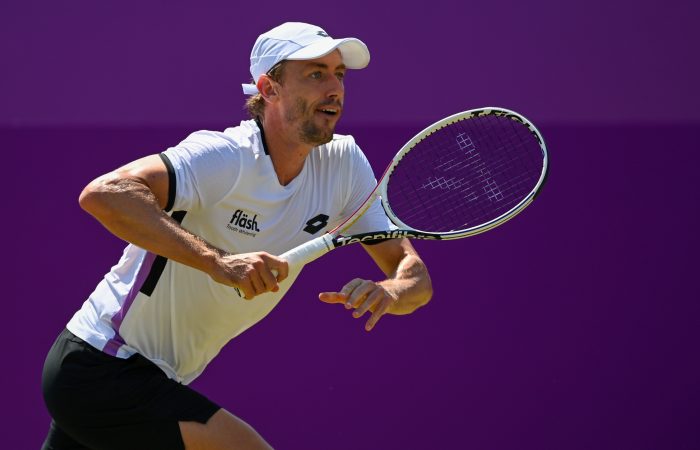 John Millman has won a two-hour battle to advance to the third round at an ATP 500 tournament in Washington.

It sets up a third-round clash with eighth-seeded American Reilly Opelka.

Johnson recorded a 6-7(5) 6-4 6-2 victory against the third-seeded De Minaur, who was making his first competitive appearance since testing positive to COVID-19 last month.

Nick Kyrgios has also progressed to the doubles quarterfinals alongside American Frances Tiafoe.

Seone Mendez’s impressive WTA main draw debut continues at a WTA 250 tournament in Romania, with the 22-year-old Australian advancing to the quarterfinals.

The world No.269 was leading 4-3 when Ukrainian Lesia Tsurenko retired during their second-round match.

It sets up a quarterfinal with second seed and former top 10-ranked German Andrea Petkovic.

Mendez, who earned a place in the main draw as a qualifier, has now won four consecutive matches at the clay-court tournament – all against higher-ranked opponents.

Ellen Perez has made a winning start in her new partnership with former world No.1 Kveta Peschke.

The third-seeded combination scored a 6-3 6-2 win against France’s Elixane Lechemia and American Ingrid Neel at a WTA 500 tournament in San Jose.