While many Australian players are preparing to contest the Tokyo Olympics, others are busy at tournaments in North America and Europe. 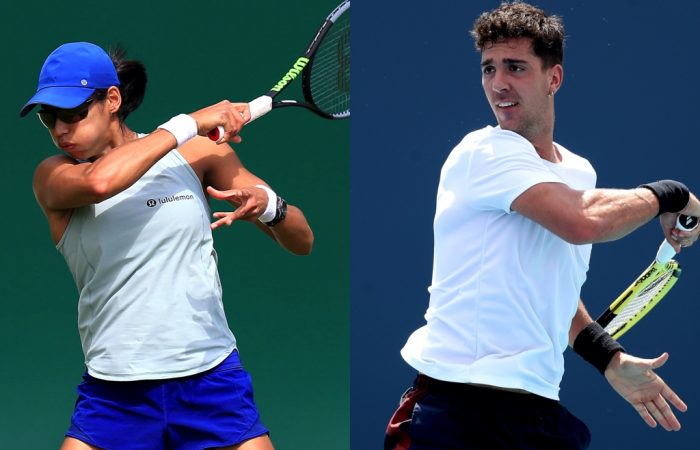 Four Australian men will compete at the ATP 250 event in Los Cabos – Jordan Thompson, Alex Bolt and Thanasi Kokkinakis are already entered into the main draw, while Matt Ebden and John-Patrick Smith will meet in the final round of qualifying.

Thompson, the No.5 seed in Los Cabos, will aim to maintain the momentum of last week’s semifinal run at the Hall of Fame Open in Newport. It was the Sydneysider’s third ATP-level semifinal appearance, with Thompson now aiming to carry that impressive grass-court form onto a hard court.

Thompson faces 2016 champion Ivo Karlovic in his opening round, after the big-serving Croat was granted a wildcard.

Kokkinakis, also a wildcard entrant, will bring happy memories into his fourth campaign at the picturesque Mexican city. The South Australian was runner-up to Sam Querrey in his first Los Cabos appearance in 2017; two years on, he exited to Radu Albot in the quarterfinals.

Marc Polmans is the lone Australian man competing at the Swiss Open in Gstaad, after countryman Aleksandar Vukic exited in the first round of qualifying.

Polmans, who enters the clay-court tournament at world No.143, meets local qualifier Sandro Ehrat in his opener.

The Victorian is also contesting the doubles with Germany’s Yannick Hanfmann.

There’s strength in numbers for Australian women at the Palmero Ladies Open, with Astra Sharma, Maddison Inglis and Lizette Cabrera all competing.

Sharma, the No.7 seed the WTA 250 tournament, will spot an opportunity in her first-round match against Italian wildcard Lucrezia Stefanini. Sharma currently sits at world No.121, while 23-year-old Stefanini sits outside the top-250.

Inglis also faces a local player in her opening match, with the world No.142 Australian to meet 191st-ranked Italian Giulia Gatto-Monticone.

Cabrera, who is currently ranked No.146, meets Katarina Zavatska, a world No.144 from Ukraine.