Australia's Alex de Minaur defeats compatriot Jordan Thompson in three sets to move into the quarterfinals at an ATP 250 tournament in Germany. 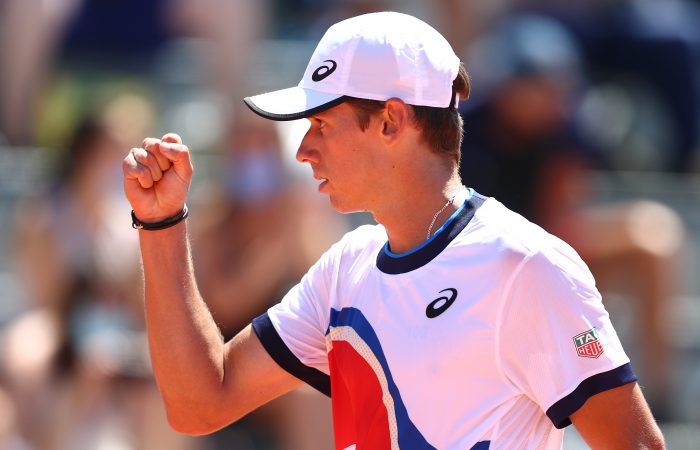 Alex de Minaur is through to the quarterfinals at an ATP 250 tournament in Stuttgart.

The fourth-seeded De Minaur scored a 6-7(8) 6-3 6-4 win against fellow Australian Jordan Thompson, saving all six break points he faced in the two-hour and 38-minute battle.

The victory qualifies De Minaur for his second quarterfinal appearance of the season and a first since January, when he scooped the Antalya title. He faces world No.142-ranked Austrian wildcard Jurij Rodionov for a place in the semifinals.

Duckworth had two set points against the three-time Wimbledon quarterfinalist in the second set tiebreak, but was unable to convert.

Aleksandar Vukic had two match points in his second-round clash with Poland’s Kamil Majchrzak at an ATP Challenger in Nottingam, but eventually lost in three sets.

Majchrzak’s 5-7 7-6(10) 6-4 victory means there are no Australians remaining in the singles draws in Nottingham.

But three Australian men have advanced to the doubles semifinals, with second-seeded combination Matt Edben and John-Patrick Smith progressing along with Matt Reid and his British partner Ken Skupski.

Storm Sanders and American Caroline Dolehide are also through to the doubles semifinals at a WTA 250 tournament being played concurrently in Nottingham.