Thompson sets up showdown with De Minaur in Stuttgart

Jordan Thompson and James Duckworth have recorded first-round wins at an ATP 250 tournament in Germany. 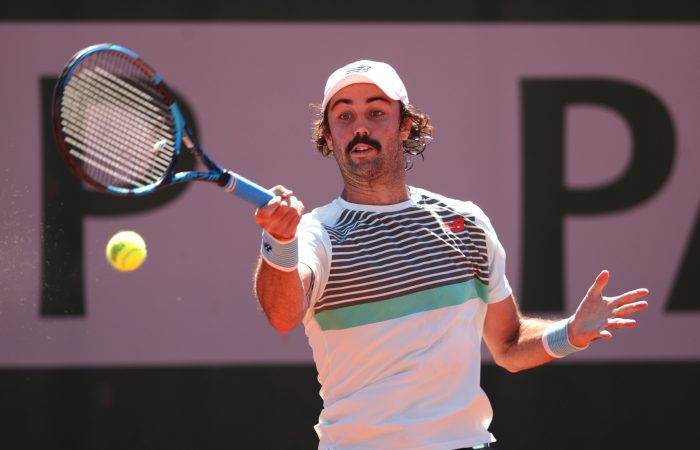 Australia’s Jordan Thompson is through to the second round at an ATP 250 tournament in Stuttgart, where he’ll face compatriot and Davis Cup teammate Alex de Minaur.

Thompson scored a 6-3 6-4 win against Argentina’s Guido Pella in the opening round, with the 27-year-old losing only 13 points on serve in the 74-minute victory.

De Minaur, who had a first-round bye, has a 2-1 win-loss record against Thompson at tour-level. However, Thompson won their most recent meeting on ‘s-Hertogenbosch grass in June 2019.

James Duckworth continued his stellar form, scoring a career-first top-50 win on grass to also move into the second round.

Duckworth did not lose serve against world No.36 Adrian Mannarino of France, clinching a 6-3 6-2 victory in 58 minutes.

World No.101 Duckworth has won three matches so far this week, having come through qualifying. He now faces three-time Wimbledon quarterfinalist Sam Querrey in the second round.

Spanish veteran Feliciano Lopez proved too strong for Alexei Popyrin, showing his grass-court experience in a 6-4 6-4 win, while a back injury forced John Millman to withdraw from the tournament ahead of his first-round match.

There was better news for Storm Sanders in doubles, with the 26-year-old moving into the quarterfinals with American partner Caroline Dolehide.

Top-seeded Brit Dan Evans eliminated Matt Ebden in the second round of an ATP Challenger event, beating the Australian in two tiebreak sets.