Australia’s Nick Kyrgios is through to the second round at Australian Open 2021. 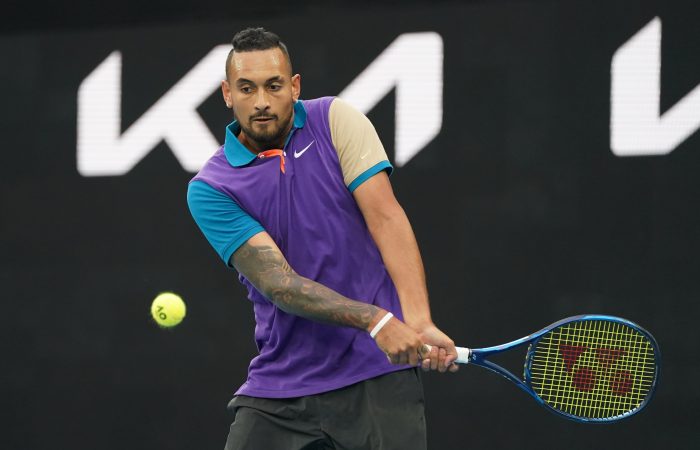 Nick Kyrgios has made an encouraging start to his Australian Open 2021 campaign, progressing to the second round with a straight-sets victory against Portuguese qualifier Frederico Ferreira Silva.

Kyrgios did not get it all his own way, forced to fight hard against his No.185-ranked opponent. The opening three games lasted 27 minutes, with Ferreira Silva refusing to be overawed in his Grand Slam main draw debut.

Kyrgios eventually got on top and was able to play the match at his preferred fast pace. The world No.47 served 14 aces and hit 40 winners to close out victory in one hour and 59 minutes.

“I haven’t been nervous like that for a tennis match for a long time. Obviously not competing for a while at a Grand Slam level, I was obviously doubting my confidence a little bit,” Kyrgios said.

“Got broken my first game of the tournament, which is never a good sign. And then actually bounced back pretty well. He’s a tricky player, though. Crafty lefty, has a pretty good forehand. I didn’t think he missed much either.

“I’m happy with the way I just kind of kept composed and just fought back, stayed tough. It wasn’t an easy match, that’s for sure.”

Frenchman Ugo Humbert awaits in the second round. The No.29 seed won their only previous meeting in Acapulco last year, when Kyrgios retired after one set.

“This guy is a young up-and-comer, he’s going to be playing good tennis. And obviously to be seeded at a Slam you have to put a pretty good year together,” Kyrgios said. “(But) I’m not even thinking about that. I’m just glad I got through today.”