Draws are now set for the Melbourne Summer Series. Find out who our Aussie players will face in their opening round matches ... 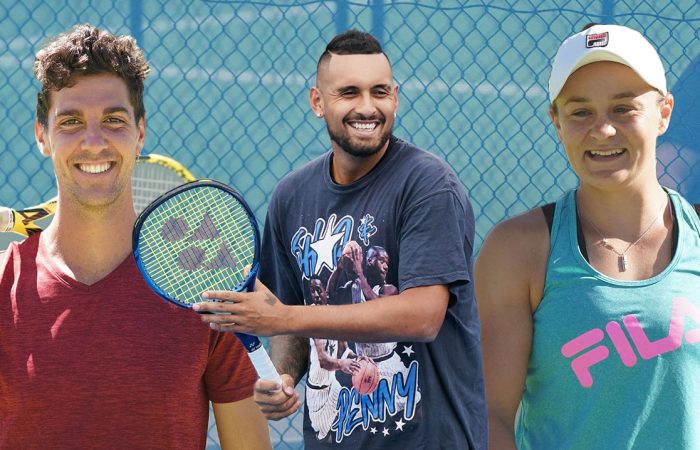 A blockbuster week of tennis begins at Melbourne Park tomorrow, with 35 Australian players (18 men and 17 women) competing across the Melbourne Summer Series events.

Nick Kyrgios is one of 11 Australian men competing in the Murray River Open.

The No.13-seeded Kyrgios, who has not played a professional match since last February, faces France’s Alexandre Muller in the first round of the ATP 250 event.

There are two all-Australian battles in the opening round, including a showdown between South Australians Thanasi Kokkinakis and Alex Bolt.

Li Tu, a South Australian who has won 54 of his past 57 matches across the UTR Pro Tennis Series, is one of four Australian wildcards in the draw.

The doubles draw is yet to be released.

World No.52 Jordan Thompson, seeded No.11, is the highest-ranked Aussie in the ATP 250 event. He plays Italian Gianluca Mager in the first round.

The doubles draw is yet to be released.

World No.1 Ash Barty headlines the field for the Yarra Valley Classic, a WTA 500 tournament which features six Australian women in the singles draw.

Playing in her first tour-level event in over 11 months, Barty has an opening-round bye.

Sam Stosur, who is contesting her first tour-level tournament since March, faces 16th-seeded Czech Marie Bouzkova in her comeback match.

Wildcard Kimberly Birrell is also making a return after being sidelined for 19 months with an elbow injury. The 22-year-old plays German Mona Barthel.

Ajla Tomljanovic is the top-ranked Australian woman in the Gippsland Trophy field.

The world No.69 faces France’s Alize Cornet in the opening round of the WTA 500 event. This is their second tour-level meeting, with Tomljanovic winning their most recent clash at Indian Wells in 2019.

Queensland teen Olivia Gadecki is contesting her first WTA tournament. The unranked 18-year-old was awarded a wildcard after reaching the second round of Australian Open 2021 qualifying earlier this month.