It is a busy week for our Aussie men, with 11 competing across four different European tournaments. 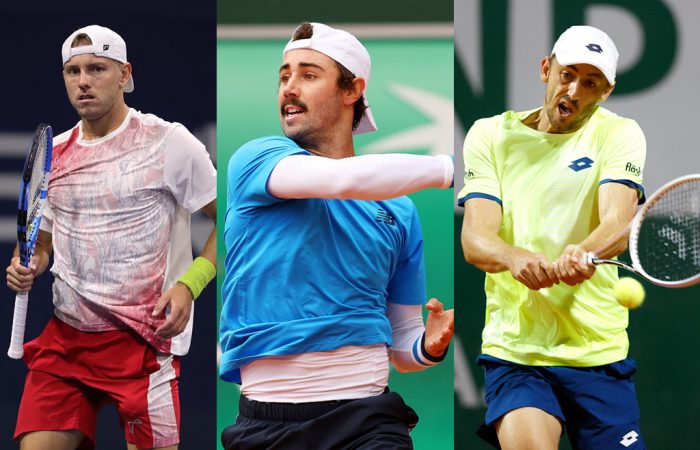 Many of our top-ranked Australian men are competing in Europe this week, where an indoor hard court season is beginning on the ATP Tour.

The St. Petersburg Open is the biggest tournament on the ATP calendar this week.

James Duckworth faces a tough challenge in the opening round of the indoor hard court tournament, drawing fourth-seeded Russian Karen Khachanov. If the No.93-ranked Duckworth can beat the No.17-ranked Khachanov, it would be his first top-20 win.

Aussie doubles duo Max Purcell and Luke Saville also continue their quest to qualify for the ATP Finals. They currently sit eighth in the race for the year-ending championships and have a chase to earn more valuable points at this ATP 500 tournament.

Three Australians are competing at an ATP 250 tournament in Cologne this week.

John Millman faces local wildcard and former world No.25 Mischa Zverev in the opening round. It is the No.44-ranked Millman’s first career meeting against 33-year-old Zverev, who is currently ranked No.268.

World No.59 Jordan Thompson has drawn No.94-ranked Austrian Dennis Novak in his opening match. It is also their first meeting.

Marc Polmans lost in the final round of qualifying last night, but has received a lucky loser spot in the main draw. The 23-year-old Polmans, who enjoyed a career-best run at Roland Garros as a lucky loser, faces sixth-seeded Hubert Hurkacz in the first round.

John Peers and New Zealand’s Michael Venus also have their sights set on qualifying for the ATP Finals.

The duo, who are currently sixth in the race, are extending their clay-court season at an ATP 250 tournament in Italy this week. They face Italian wildcards in the opening round.

Four Australians are competing at an ATP Challenger event in Spain this week. The clay-court tournament is played at former world No.1 Juan Carlo Ferrero’s academy in Alicante.