US Open, day four: Aussies ready ‘to have a crack’

Six Australian men are competing on day four of the US Open in New York. 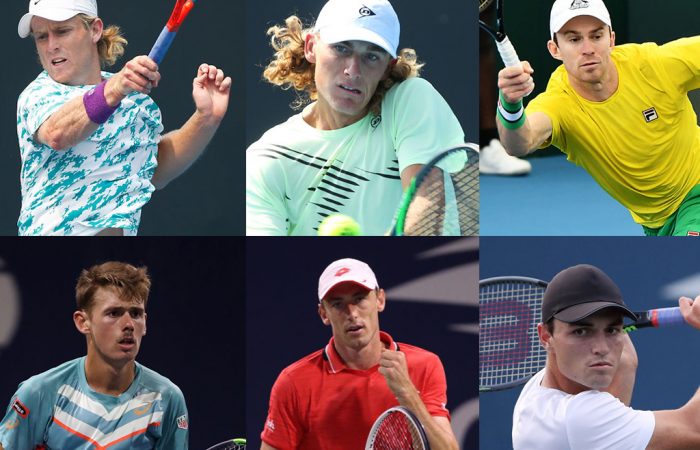 Christopher O’Connell proved the power of self-belief as he scored his first Grand Slam win earlier this week.

The 26-year-old from Sydney, who has overcome multiple injury setbacks in his career, is determined to continue his dream debut in New York. The world No.116-ranked O’Connell faces world No.5 Daniil Medvedev on day four and is feeling unawed ahead of the second round showdown.

“It will be awesome to have a crack against him,” O’Connell told AAP after a career-best win against world No.81 Laslo Djere in the first round.

“I’ve just got to trust myself and back myself. I think I’ve got the shots to hurt him. I’ve watched him play plenty of times but he hasn’t watched me play too much, I’m guessing. So I guess that’s a positive.”

[21] Alex de Minaur (AUS) v Richard Gasquet (FRA)
Men’s singles, second round, Court 11, first match (starts 1am AEST)
As Alex de Minaur targets a third consecutive third-round appearance in New York,  No.51-ranked Richard Gasquet stands in his way. This is their first career meeting. The 34-year-old Frenchman, a US Open semifinalist in 2013 who boasts a career-high ranking of No.7, looms as difficult opponent. De Minaur brings in confidence though after a strong performance in his opening round win against Slovakian Andrej Martin, where the 21-year-old won 34 points at the net.

Max Purcell (AUS)/Luke Saville (AUS) v [6] Kevin Krawietz (GER)/Andreas Mies (GER)
Men’s doubles, first round, Court 15, first match (starts 1am AEST)
Australian duo Max Purcell and Luke Saville made a giant-killing run through the Australian Open draw in January, reaching the doubles final as wildcards. That performance catapulted them up the rankings – 26-year-old Saville is now No.38 and 22-year-old Purcell sits at No.40. In their US Open debut, they face sixth seeds Kevin Krawietz and Andreas Mies. The all-German team won Roland Garros and made the US Open semifinals last year.

John Millman (AUS) v Frances Tiafoe (USA)
Men’s singles, second round, Court 11, second match
Australia’s John Millman is a spirited competitor, as No.22 seed Nikoloz Basilashvili learned in the first round. This won’t surprise his next opponent, world No.82 Frances Tiafoe. Twice the 22-year-old American has won the opening set against the 31-year-old from Brisbane, only to lose the match. If Millman can extend their head-to-head record to 3-0, he advances to the US Open third round for the third time in the past four years. Tiafoe is hoping to reach that stage for a first time.

Christopher O’Connell (AUS) v [3] Daniil Medvedev (RUS)
Men’s singles, second round, Louis Armstrong Stadium, fourth match
After scoring the biggest win of his career in the opening round, Christopher O’Connell now faces an even bigger challenge against third seed Daniil Medvedev. It is the 26-year-old from Sydney’s first career meeting against a top 10-ranked opponent. The No.5-ranked Medvedev thrives in New York too, making his first major final at last year’s US Open. O’Connell has proven he can test the world’s best though, extending world No.16-ranked Russian Andrey Rublev to four sets at the Australian Open earlier this year.

John Peers (AUS)/Michael Venus (NZL) v [WC] Nathaniel Lammons (USA)/Nicholas Monroe (USA)
Men’s doubles, first round, Court 9, fourth match
John Peers and New Zealand’s Michael Venus made a promising start to their new partnership in 2020, reaching the Australian Open third round and winning the Dubai title in February. They have only played one match together since due to the tour suspension. The No.31-ranked Peers, who was a US Open finalist in 2015, is making his eighth consecutive appearance in New York. The 32-year-old has only lost once in the first round, back in 2014.

> Check out the full US Open day four schedule